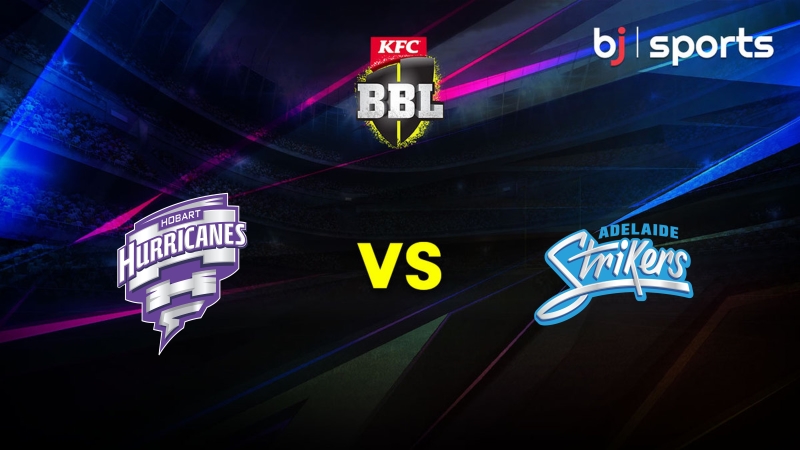 On Monday evening at the Bellerive Oval, game 25 of the 2022–23 Big Bash League pits the Hobart Hurricanes against the Adelaide Strikers. The Hurricanes have won two and lost three games thus far in the competition, while the Strikers have triumphed three times and suffered three losses. On Monday, January 2nd, at 19:15 local time, the match begins.

Despite their erratic play throughout the competition, the Hobart Hurricanes had match-winners in every category. They will be sure that they can play very aggressively and prevail in this game in front of their home crowd.

The Adelaide Strikers are in bad shape, but they haven’t played horribly in any of their last three matches. They should be able to end their losing streak with just a modest increase in level.

There will be a persistent threat of rain throughout this game, and we anticipate thunderstorms in Hobart earlier in the day. From beginning to end, there will be a lot of cloud cover and heavy humidity.

At the Bellerive Oval, teams batting first have won 56.6% of BBL games. In this game, we anticipate that both captains will opt to bat first.

This has been a solid batting surface with an average score of over 170 in past seasons. However, both teams were bowled out for less than 130 in the first game in this tournament, thus we anticipate bowlers to have the upper hand in this contest.

Although it has not been officially announced, we do not anticipate club management to take a chance on opener Ben McDermott after he missed the team’s last two games. The Hurricanes have no additional injury concerns, so we anticipate no changes for them.

We anticipate Jake Weatherald will be sidelined for the second straight game due to a hamstring ailment. Although there is a chance of changing the batting order, we do not anticipate any changes to the starting XI after Henry Hunt’s 49 in the most recent game. 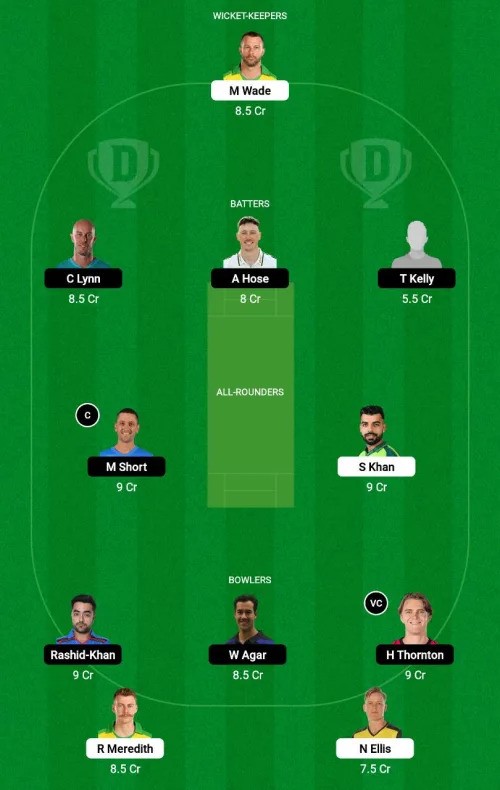 This matchup between two teams that struggled the past week should be incredibly intriguing. We could very easily see a rain-shortened match in humid and gloomy weather, and we anticipate that both teams will try to attack the other team’s bowlers. Overall, we believe the Hobart Hurricanes’ batting order is stronger, hence we are backing them to win.