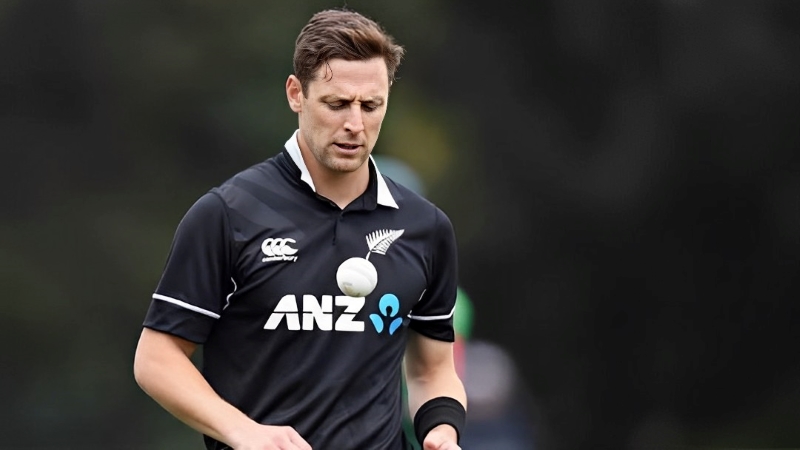 The New Zealand cricket team has come to visit Pakistan after a long time. Despite the two-Test draws between the Test and ODI series, the Kiwis are desperate for a win in the ODIs. But New Zealand is not getting Matt Henry in that important ODI series. He was knocked out of this series mainly due to injury. It is known that this star pacer got injured in the lower abdomen while playing in the Karachi Test.

The New Zealand Cricket Board has not yet confirmed who will play as Henry’s replacement. However, it is believed that Jacob Duffy can enter the field instead of this star pacer. Besides, Henry Shipley, who is waiting for his debut, is also in the race to get on the field. Meanwhile, the injured Henry is scheduled to return to the country with the Test team players who did not get a chance in the ODI team.

However, New Zealand did not say anything about how long it will take for Henry to recover. His recovery mission will continue under the observation of board doctors back home. According to New Zealand media sources, this pacer is unlikely to recover even in the next couple of weeks. Due to this important Kiwi member is unlikely to play in the ODI series against India at the end of this month.

Apart from Henry, New Zealand is not getting another pacer in these two series. Adam Milne will not play ODIs against Pakistan and India. However, he has no injury problems. He withdrew himself from these two series mainly due to the thought of keeping fit considering the workload. This conscious decision to merge has been welcomed by the board and team management.

Note that New Zealand’s ODI series against Pakistan starts on January 9. After that, the visitors will play two more fifty-over matches on January 11 and 13. From there, the Kiwis will move on to another Asian giant, India. Where the bilateral ODI series will start on January 18. The remaining two matches of the three-match series will be played on January 21 and 24. Of course, there is also the T20 series.