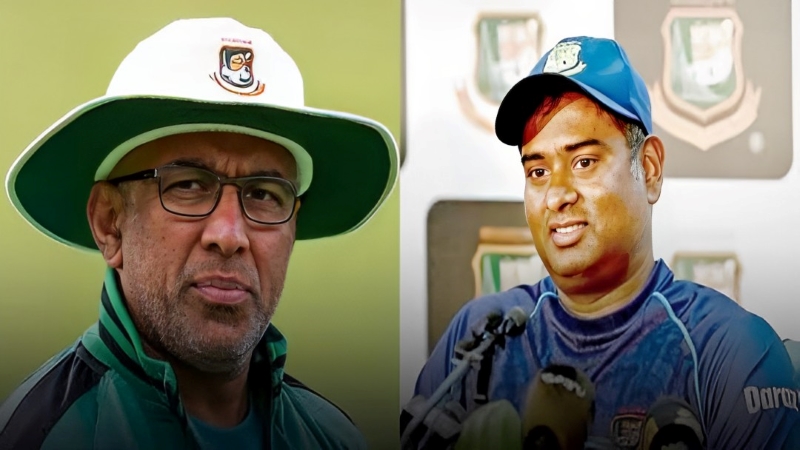 The appointment of the head coach of the Bangladesh cricket team is almost done. Now only it’s time to complete the formalities. BCB has been looking for a head coach ever since Russell Domingo stepped down from the coaching post. It is known that Chandika Hathurusinghe will be the next head coach of the Tigers. But it has not been officially announced yet. BCB wanted Sridharan Sriram as assistant coach to head coach Hathurusingha. But Sriram has objection to this. He is not willing to be Hathurusingha’s assistant.

However, the name of the head coach has not been officially announced. In this regard, Jalal Yunus, chairman of the cricket management department, said, “The Russell Domingo chapter in the country’s cricket has ended for a long time, we are trying to appoint the head coach before the England series. We have talked to many people; the appointment of the coach has been finalized. However, due to some limitations, I can’t announce the name coach officially until the deal is done. I hope to announce the name of the head coach in February when everything will be done.”

Sriram came to Dhaka in between. Jalal Yunus also said that after the arrival of the head coach, there will be a discussion with Sriram again. He also said, “There was a discussion with Shriram, he came to Bangladesh to inform that he is ready to take charge of Bangladesh. He also has a matter of IPL. He came to discuss about these. Everything is not clear yet, he will come again next month. We will talk to him about the head coach. Sriram has worked with us before. Everyone is happy with his work.”

Jalal Yunus said that BCB is looking for a coach who is suitable for the Bangladesh team and said, “We want to appoint the coach who we think is suitable for the Bangladesh team. We want the kind of coach who can handle Sri Lanka, Pakistan, India – these countries. We want to choose a coach knowingly and understandingly. We need that kind of coach with whom we have good understanding and good communication. Hopefully whoever will be the coach of Bangladesh will be good for the country’s cricket.”

Hathurusinghe was also the coach of the Tigers earlier. BCB was happy with his work. The board has also given glimpse of green signal in the case of Sreedharan Sriram. The board wants both of them to be in charge of the Tigers. But, as Sriram has objections to become the assistant coach, it is now to be seen whether Sriram remains in charge of Bangladesh after the arrival of the head coach. BCB is scheduled to hold talks with the Indian coach again. The result may be known only after the discussion.