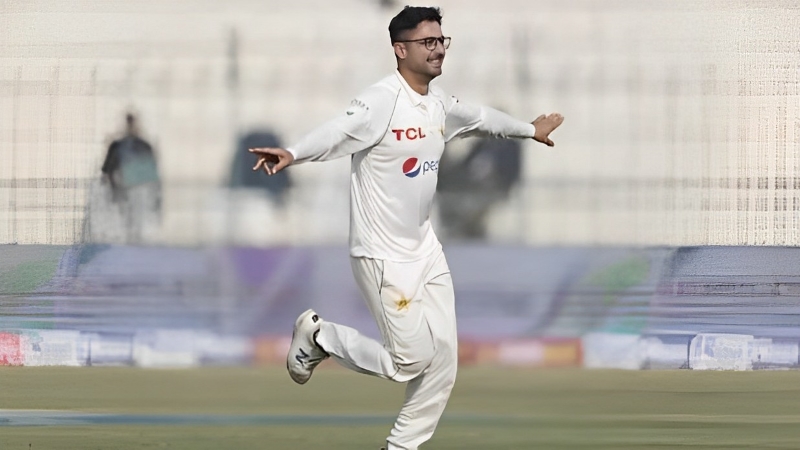 Abrar Ahmed of Pakistan’s ‘Harry Potter fame played well against England at home. The 24-year-old young leg spinner took 11 wickets in his Test debut. And this young Pakistani cricketer has come to Mata in BPL. He joined Comilla Victorians. This Pakistani cricketer is thrilled to come to Bangladesh for the first time. He is also hoping to win the title for his team Comilla.

This young cricketer from Pakistan said in front of the media that he is happy to come to Bangladesh for the first time. He also expressed excitement that he was thrilled to play in the Premier League of Bangladesh. This Pakistani cricketer also said that he is looking forward to performing well for Comilla Victorians.

Abrar said, “I used to sit in Pakistan and watch BPL, so I am very happy. It is a very competitive tournament, all the players of the world are coming here. The competition is increasing as legendary cricketers are also coming to play in this league. I am also happy to come. Getting love from the people of Bangladesh. Many star players come to play here and I will learn a lot by sharing the dressing room with them. Want to perform well? Want to win the title for Comilla Victorians.”

His family is also excited like Abrar. Everyone in Abrar’s family is happy to come to Bangladesh from Pakistan and play in BPL. Abrar also said, “BPL is watched not only in Pakistan but all over the world, my family also watches. My family members are also very happy that I am coming to Bangladesh to play BPL. They are regularly searching. Everything here is good. I want to contribute to the Comilla Victorians team on the field.”

Hasan Ali and Chanderic Walton will play among the foreign cricketers in the Comilla Victorians team. Abrar’s compatriot cricketer Shaheen Shah Afridi will join the team in a few days. Mohammad Rizwan has already joined. In this context, Abrar said, “It feels great that Shaheen Shah Afridi and Riji Bhai are also coming here. I haven’t spoken to them. But I saw their names in the team, they are coming. It will be very fun if everyone plays together. I hope it will be a busy tournament.”

It should be noted that Abbar played for Zone 3 of Karachi, Pakistan. He came into notice with 53 wickets there. Then he played in the PSL as well. He made his debut for Karachi Kings in PSL. However, he could not play more than two matches due to injury. Then he returned to the field again in 2020. Abrar is waiting to spread the light beyond the country.