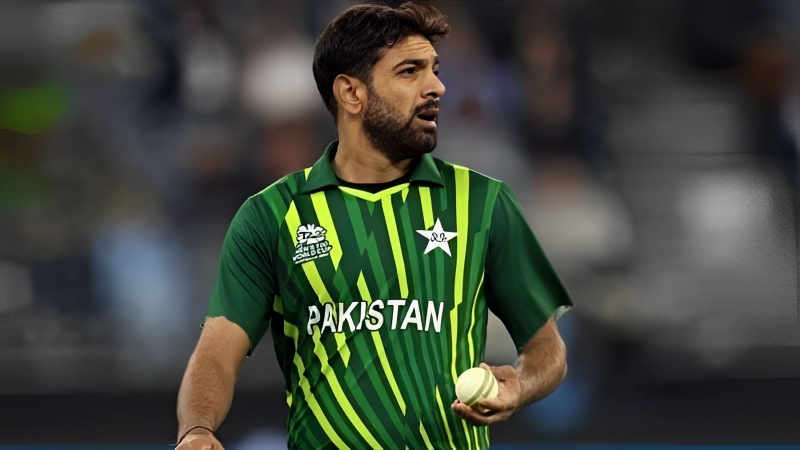 Pakistan has always been known as a factory of pace bowlers. One after another Pakistani pacer have been ruling the world for ages. Wasim Akram of those days or Shaheen Shah Afridi of today, the name of fear for batsmen. Among them, Haris Rauf is another pacer who is causing threat at present. Between being a net bowler and becoming a global star, he also has an interesting story to tell.

One of the conditions to perform in cricket is the fitness of the players. And to maintain that fitness, everyone has a different routine. Now Rauf said that he eats 24 eggs every day to maintain his fitness. He used to eat 8 eggs in the morning, 8 in the afternoon and 8 in the night. Rauf learned this rule from former Pakistan cricketer Aqib Javed.

Rauf gave this surprising information in an interview while talking about his physical condition. He said, “When I first went to the cricket academy, my room was full of eggs. It felt like I had entered a poultry farm. He (Javed) told me to balance my weight with my height. From then on, I started eating eggs on his advice.”

Of course, Javed has good reasons for giving that advice. When Rauf joined the academy, he weighed 72 kg. Which does not suit his height at all. Then this pacer became aware of fitness. Later, he increased the weight in accordance with the height. Currently Rauf’s weight is 82 kg. However, by changing the fitness, he has also got a lot of benefits in the field game.

It should be noted that Rauf entered international cricket in 2020. Since then, he has been spreading light in the Pakistan jersey. Has played 15 ODIs so far, taking 29 wickets. Besides, he has played 57 T20 matches. Where he has 72 wickets. Currently, the Pakistani pacer is in the best form of his career. He has also become one of the dependable members of the country’s bowling department.