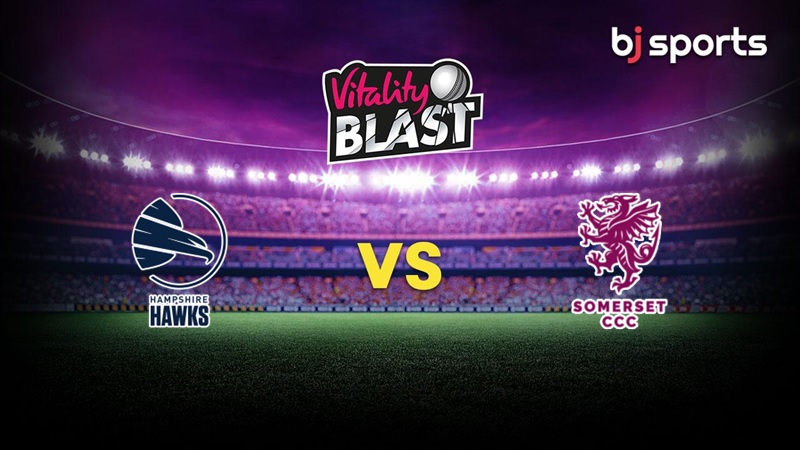 On Saturday at Edgbaston, Birmingham, the Hampshire Hawks and Somerset square battle in the second semi-final of the 2022 Vitality Blast. On July 7, the Hawks defeated the Birmingham Bears by scoring 104 runs to advance to the semi-finals. Two days later, Somerset destroyed Derbyshire Falcons by 191 runs. At Edgbaston in Birmingham, the match starts at 14:30.

The Hampshire Hawks have been playing well during the second half of the group stage, and in their most recent match against the Birmingham Bears, they were brutal. Their recent T20 victory has given them a lot of impetus.

Somerset defeated Derbyshire Falcons in the eighth round easily, demonstrating their strength. They have a mighty team and previously beat Surrey.

There will be no danger of rain throughout this match, and the temperature will range between 25 and 26 degrees.

The last two games have seen teams win by more than a hundred runs, and the wicket is predicted to be flat. The team that wins the toss will attempt to take advantage of the game’s circumstances by choosing to bat first.

We anticipate a speedy and lively field for this second semi-final at Edgbaston. Spinners are frequently employed to reduce run rates.

During appearing entirely out of the picture after the first half of the group stage, James Vince’s team has made a stunning metamorphosis throughout this tournament. The Hawks cannot reduce their starting lineup for this match due to international call-ups.

After falling short to Kent Spitfires in the 2021 Vitality Blast Last by 25 runs, Somerset has been dominant throughout this season and deserves their spot in the final four. Craig Overton of England isn’t there, but they still have a full roster from which to choose. 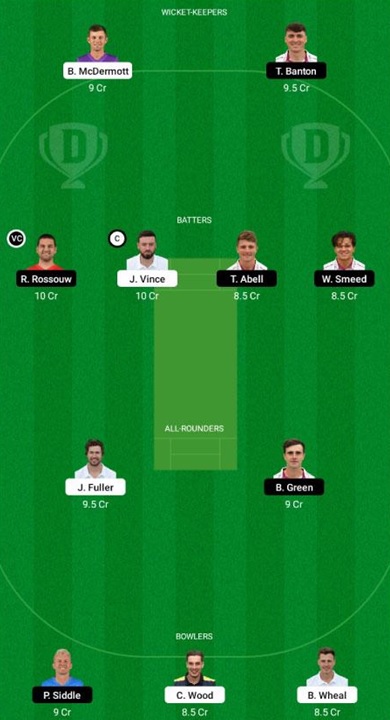 Somerset CCC are the favourites to win this match.

Rarely will there have been a T20 Blast semi-final featuring two teams in such recent form as these two. Hampshire Hawks have made an unexpected comeback to give themselves a chance, but Somerset has been the more reliable team. We believe Somerset will triumph.