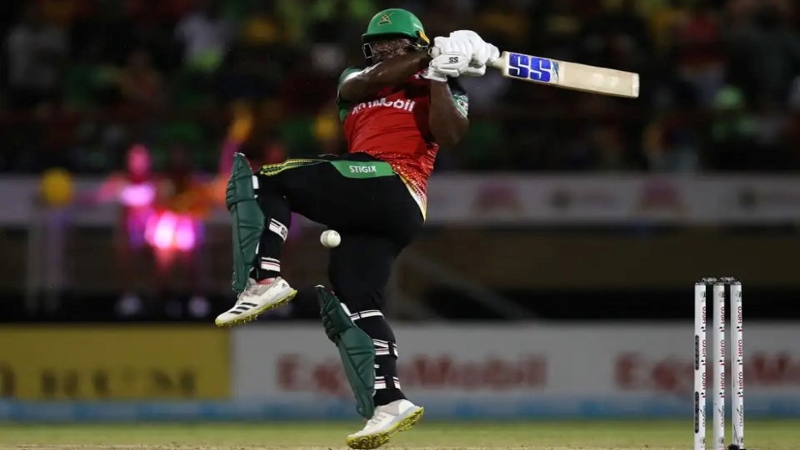 Guyana Amazon Warriors have cruised to an impressive 12-run win over Jamaica Tallawahs courtesy of Odean Smith’s outstanding all-round performance in the 25th match of the CPL 2022 at the Providence Stadium in Guyana. Odean Smith was selected as the player of the match as he first played a stormy inning of 42 runs from 16 balls with the bat and scalped 2 wickets for 26 runs in 1.5 overs with the ball later.

Jamaica Tallawahs captain Rovman Powell won the toss and elected to field first. Guyana Amazon Warriors had to bat first as a result of that. Guyana Amazon Warriors collected a fighting score of 178 runs after losing 8 wickets in the allotted 20 overs. However, Jamaica Tallawahs’ batter Brandon King scored a century in pursuit of the target, but his team was bowled out for 166 runs with one ball left in the innings.

The two openers of Guyana Amazon Warriors Chandrapaul Hemraj and Rahmanullah Gurbaz did not get off to a good start coming down to bat. Gurbaz hit a golden duck and Hemraj returned to the dressing room with 13 runs off 13 balls. After the departure of Hemraj, the world’s best all-rounder Shakib Al Hasan came to the wicket to play the first match of this season. But he scored a golden duck.

Shai Hope took the helm of the struggling team after losing 3 wickets for 35 runs. Despite not getting a suitable partner, he continued to lead the team by keeping one end of the wicket safe. He scored 60 off 45 balls with 4 fours and 3 sixes when he was bowled by Mohammad Nabi, the team’s score was 97/6 at that time. After another run, Gudakesh Motie (2) went back to the dugout.

Then it seemed that the team score of Guyana Amazon Warriors might not cross 140 runs. But Odean Smith and Keemo Paul made an incredible partnership of 74 runs off 26 balls for the 8th wicket. Smith returned to the pavilion with a devastating knock of 42 off 16 balls with one ball to spare in the innings. In his 42-run innings, there were no boundaries, but there were 6 over-boundaries.

On the other hand, Keemo Paul remained undefeated by playing a stormy inning of 24 runs from 12 balls with an equal number of 2 fours and sixes. Junior Sinclair remained unbeaten for 6 runs after coming to the wicket with the last ball. Mohammad Nabi took the highest number of 3 wickets for Jamaica Tallawahs. Besides, Chris Green took 2 wickets, and Imad Wasim, Fabian Allen, and Rovman Powell took 1 wicket each.

Chasing the challenging target of 179 runs, Jamaica Tallawahs opener Brandon King scored a brilliant century. However, even though he played all the impeccable shots at one end of the wicket to take the team forward, no one could give him worthy company. Apart from King, only Kenner Lewis (13) and Kirk McKenzie (15) could score double figures. As a result, despite scoring a century, Brandon King failed to take the team to the port of victory.

He smashed the century off 64 balls. But King could not fulfill his team’s goals even though he fulfilled the landmark of scoring an individual 3-digit score. He gave a dot in the next ball and got trapped in the third ball for run-out and returned to the pavilion. He played an impeccable inning of 104 off 66 deliveries hitting 8  fours and 7 sixes. After losing 2 more wickets in two consecutive balls, Jamaica Tallawahs were stopped at 166 runs.

Player of the match – Odean Smith 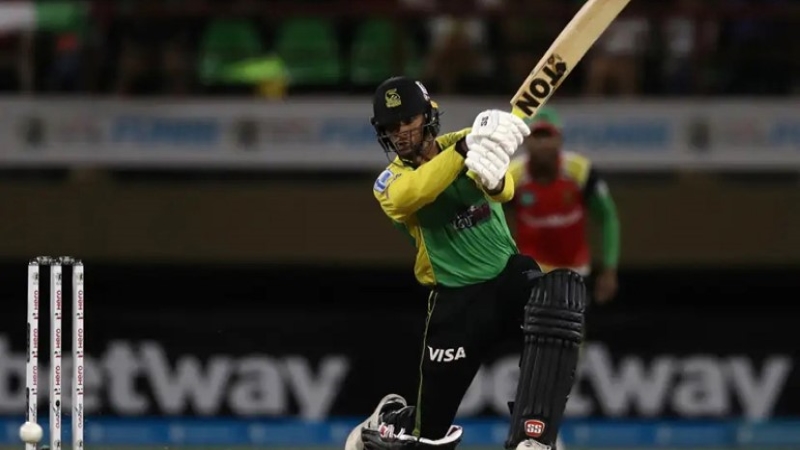