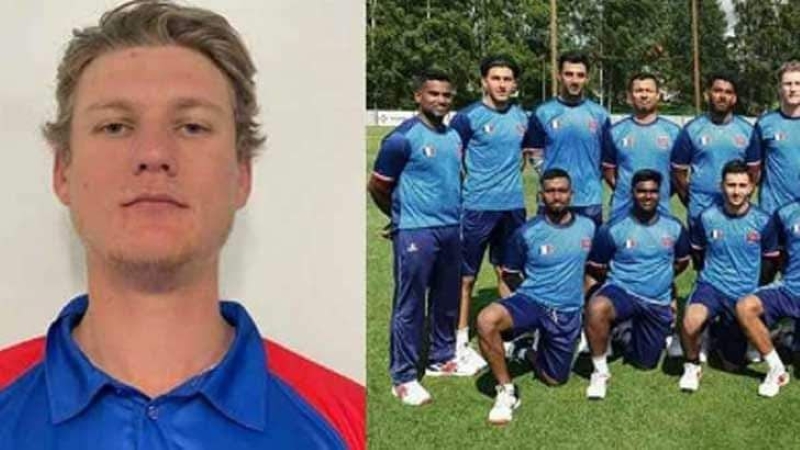 Many people may be surprised when they hear the name of France in cricket. But the cricketer of this unfamous team has set the world record this time. The youngest cricketer to score a century in T20I is now young French batsman Gustave Macian.

The French batsman achieved this feat against Switzerland. The two teams meet in a European sub-regional qualifier for the ICC 2024 T20 World Cup at the Vantaa Tikkural Cricket Ground in Finland on Monday. Where France won the toss and elected to bat first.

France scored 157 runs after losing 5 wickets in the scheduled 20 overs with Makian’s tornado batting. Makian played an innings of 109 runs in 61 balls with 5 fours and 9 sixes for the team. And he became the youngest (18 years and 280 days) centurion.

Before this, no one else could score a century under the age of 20 in international T20. Till now the record of the youngest centurion was held by Hazratullah Zazai of Afghanistan. In 2019, this Afghan top order scored a century against Ireland at the age of 20 years and 337 days. This time the French young man broke his record.