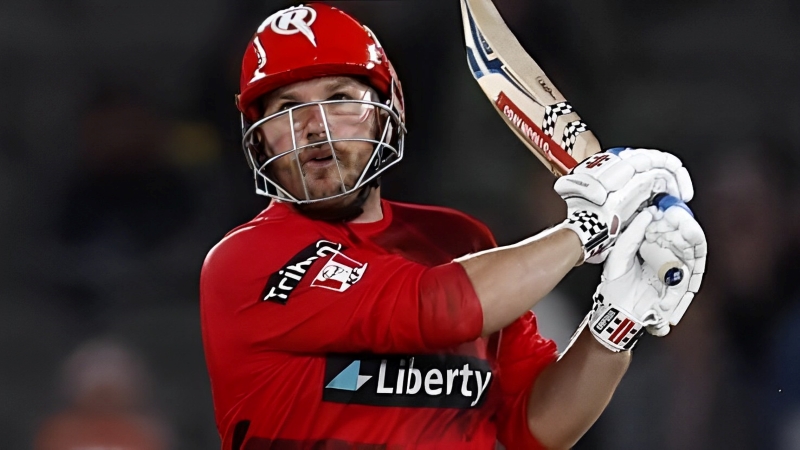 Modern-day T20 cricket is all about batting and batsmen reigning supreme. In this era of hyped cricket, Australian cricketers are not far behind in the competition of playing big shots or making quick runs. This time, in Australia’s franchise-based T20 League Big Bash, the world saw such a batting sensation. Aaron Finch’s batting rush got 31 runs in one over! Finch has been in the headlines ever since.

The record for the most expensive overs occurred in a match between Melbourne Renegades and Perth Soccer. On this day, Perth bowler Andrew Tye was attacked by Melbourne batsman Finch. When Ty came to bowl in the 18th over, Finch was on strike with the bat. Finch hit 2 fours and 3 sixes in six balls. Double took two. Apart from that, the remaining run comes through a no-ball. A total of 31 runs came from that over.

Although Finch could not win the team even with the record batting. Chasing Perth’s target of two hundred runs, Melbourne finally had to leave the field with a loss of 10 runs. Originally two Perth batsmen Cameron Bancroft (95 off 50 balls) and Stevie Eskinazir (54 off 29 balls) faded away from Markotte’s batting, Finch’s devastating innings of 76 off 35 balls. But that was over in the discussion over the match.

Finch’s batting became the record for the most runs scored in an over in Big Bash history. However, the record for most runs scored in an over across all forms of T20 is still held by the Indian Premier League (IPL). In 2021, Ravindra Jadeja scored a total of 37 runs from one over of Hershel Patel. That over had 1 four, 5 sixes, 1 double and 1 no-ball.

Of course, in the twenty-two-yard field, all records are meant to be broken. 37 runs of IPL or 31 runs of Big Bash can be broken tomorrow or the day after. Because, in the world of T20, batsmen are busy competing to outdo each other. With time, young batsmen are showing their batting artistry at par. It is time to see how long this record of Big Bash will last.

Meanwhile, responding in an interview, Finch said “The timing was good so there was no problem playing. The ball came into the bat well. But this record was not so enjoyable because the team lost. I want to play better in the future. I want to contribute to the team. I want the team to win.”