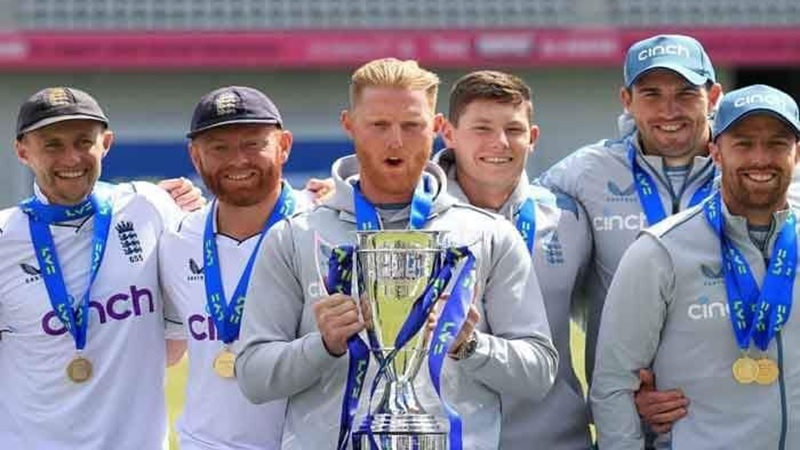 The England-New Zealand rivalry goes way back. In Test cricket, they faced each other in a bilateral series in 1930. Then, the England team traveled to New Zealand to take part in a four-match series. Only one match in that series got the result. The other three were draws. At present, this story has become one-sided. The English whitewashed the Kiwis 3-0 in the just-concluded Test series.

The English did not do well at all before the series against the Kiwis. Joe Root stepped down as they failed to win in 17 matches. The ECB then selected Kiwi star, Brendon McCullum, as the coach, and Ben Stokes as captain. The next story seems to be a story of achievements. The English coach said that a cloud of danger has passed in the sky of the English. The clouds have parted and now the sun has risen in their sky. Besides, England has rung the alarm for everyone.

“The Test champions (Kiwis) are a tough opponent,” McCullum said. He remarked that their performance against them may have rung the alarm bells in world cricket. This time they have to prove against a different opponent that they have come to play with detailed plan and preparation.

McCullum added, “We have to be firm in our faith. Must be strong in difficult times. You have to work hard to forget the bad performance. Stokes is a very good captain and he has been given the responsibility at the right time. He has surpassed me in terms of aggression. In leading and batting- bowling, he has declared, ‘we are playing’.”