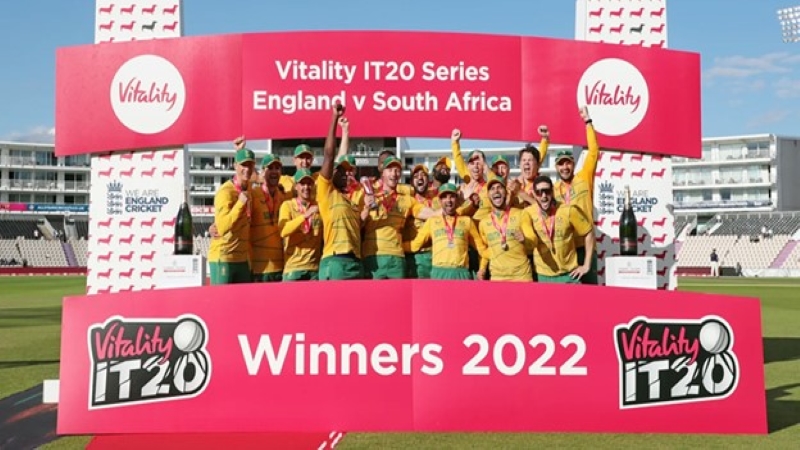 South Africa and England met in the 3rd T20I of the three-match T20I series on Sunday. The 3rd T20 match was played at the Rose Bowl, Southampton. Aiden Markram and Reeza Hendricks’s stormy batting made England chase a target that was not huge as the last match but was close to 200. But before reaching that goal, England collapsed, so they had to leave the field with a loss. Along with that, the Proteas snatched the series from their hands.

Reeza Hendricks and Aiden Markram put up a huge collection of 191 runs in the scheduled 20 overs as South Africa lost the toss and went into bat at the Rose Bowl in Southampton. In reply, England lost all players for 101 runs on the spin of Tabraiz Shamsi.

South Africa was in danger after losing the wicket of de Kock at the opening. Quinton de Kock did not score 1 run after playing 3 balls. But the Proteas did not give up, Reeza added 55 runs with Rilee Rossouw for the second wicket. Rossouw, the hero of the previous match, scored 31 runs off 18 balls before getting out. His innings of 31 runs had 6 fours.

Then Markram and Reeza built a solid foundation for the third wicket. The pair scored 87 runs in 10.1 overs. Reeza scored 70 runs off 50 balls with 9 fours before returning to the dressing room. In the end, Markram remained unbeaten with 51 runs from 36 balls. His innings of 51 runs were studded with 5 fours.

David Willey took 3 wickets with only 25 runs in 4 overs for England. Besides, Moeen Ali and Chris Jordan took 1 wicket each.

The Protea bowlers did not give them a chance to open their hands to play, although the English looked at the beginning to respond. Keshav Maharaj struck first in the host camp. Buttler returned with 14 runs off 10 balls with a catch by Lungi Ngidi. He also hit 2 fours.

Another opener, Jason Roy, was brought back by Anrich Nortje. Roy scored 17 runs off 18 balls. Then Phehlukwayo sent back Dawid Malan who scored 7 runs off 11 balls. Moeen Ali returns to Sajghar after scoring 3 runs off 5 balls. Then Tabriz Shamsi came and did not allow the hosts to stand upright. Liam Livingstone (3), Sam Curran (9), David Willey (0), Adil Rashid (0) and Chris Jordan (14) went to the dressing room one by one. Chris Jordan hit 2 fours.

Then Maharaj took the wicket of Jonny Bairstow who scored the highest 27 runs for the English. He had two fours in his collection. Jonny Bairstow, Jason Roy, Jos Buttler, and Chris Jordan’s runs helped the English to pass 100. And the Proteas left the field with a victory of 90 runs.

Shamsi was selected as the man of the match after taking 5 wickets at the cost of 24 runs in 4 overs. Keshav Maharaj took two wickets. Apart from this, Aiden Markram, Andile Phehlukwayo, Anrich Nortje took 1 wicket each.

Player of the match – Tabraiz Shamsi

Player of the series – Reeza Hendricks 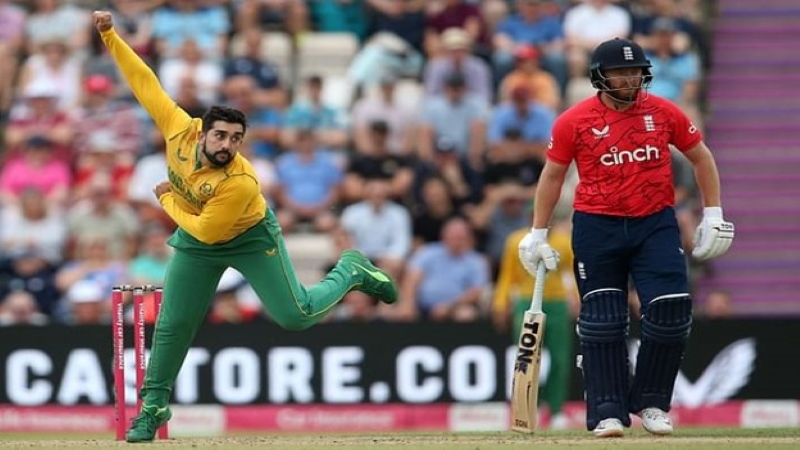