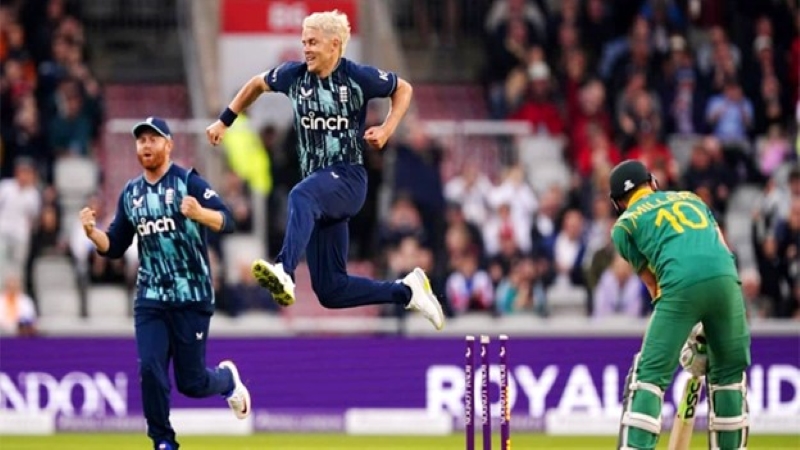 South Africa and England met in the 2nd of the three-match ODI series on Friday. After losing to South Africa by a big margin in the 1st match, England responded in this match. Before 100 runs, the Proteas were all dismissed and left the field.

South Africa scored the highest run in their history against England in the first ODI at Chester-Lee-Street. Such a surprising fall in just three days is unbelievable! Keshav Maharaj’s team could not even score a hundred runs in the second ODI match in Manchester last night.

The hosts turned around in a great way in the life and death match. Jos Buttler’s side scraped a massive 118-run win as they bowled out the Proteas for just 83 in a rainy second ODI at Old Trafford on Friday night. In this, England returned to a 1-1 tie in the three-match series.

South Africa won the toss and sent off England to bat. The match was reduced to 29 overs due to rain. Batting first, England were all out for 201 runs in 28.1 overs. They too fell under the spell of the Protea bowlers.

Taking advantage of the wet pitch, South Africa picked up England’s 5 wickets for 72 runs in 12 overs. First, Jason Roy scored 14 runs off 12 balls with the help of 3 fours. Salt left the field with 17 runs off 10 balls. He also hit three fours. Root got out with 1 run off 3 balls. Jonny Bairstow tried to increase the target by scoring 28 runs off 27 balls. He had three fours in his collection. Moeen Ali scored 6 runs off 9 balls. Besides, captain Jos Buttler scored 19 runs off 27 balls.

Liam Livingstone and Sam Curran of the lower order played two great innings. Livingstone scored 38 runs in 26 balls with 1 four and 3 sixes. Curran played a stormy innings of 35 runs off 18 balls with 2 boundaries and 3 sixes. David Willey at number nine scored 21 runs off 21 balls. Besides, Adil Rashid scored 12 runs off 12 balls and Topley remained unbeaten on 1 run off 4 balls.

In reply, the Proteas lost 4 wickets to score only 6 runs and were knocked out of the match. Three of the four top-order batsmen took 0 run (Janneman Malan, Rassie van Dussen and Aiden Markram). Quinton de Kock scored 5 runs off 9 balls with the help of 1 four.

They lost 5 wickets for 27 runs. David Miller scored 12 runs off 13 balls. He hit two fours. If Heinrich Klaasen did not make 33 runs off 40 balls, the visitors would have suffered a bigger shame. He had 2 fours in his collection.

Captain Keshav Maharaj left the field with 1 run off 2 balls. Dwayne Pretorius tried to forward the match by scoring 17 runs off 25 balls. Lungi Ngidi could not score 1 run after playing 8 balls. Besides, Anrich Nortje scored six runs from 12 balls and Tabraiz Shamsi remained unbeaten with 5 runs from 5 balls.

Among the English bowlers, Adil Rashid took 3 wickets. Two wickets each for Moeen Ali and Reece Topley. Besides, David Willey and Sam Curran took 1 wicket each.

Player of the match – Sam Curran 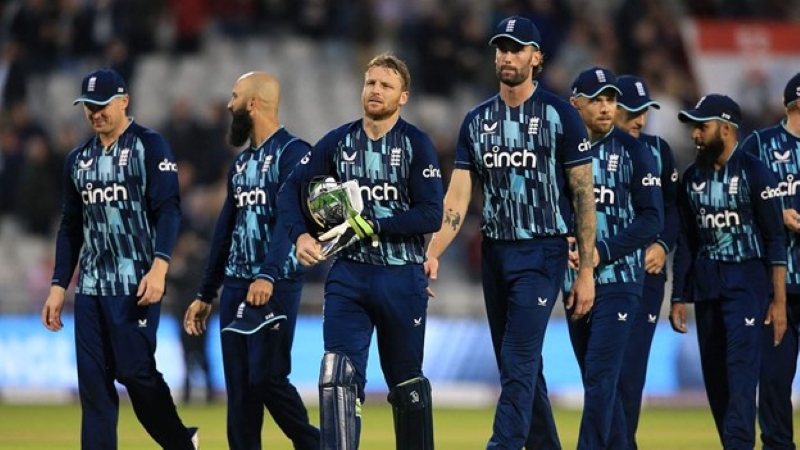