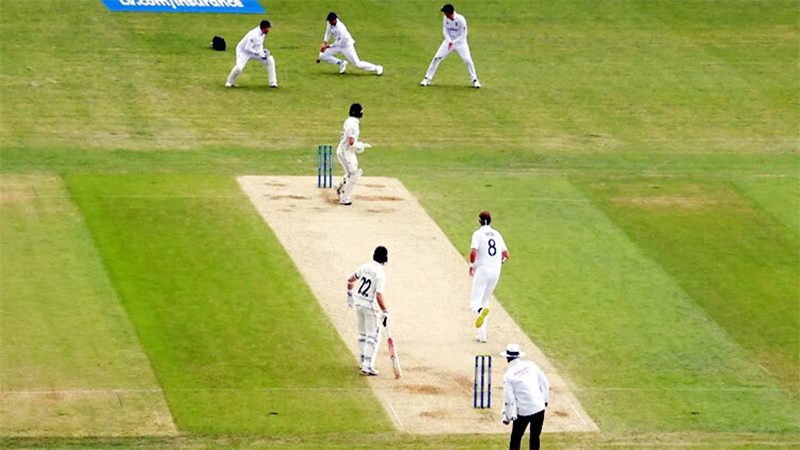 The mission is to increase points for England, but for New Zealand, the Leeds Test is a mission to save shame. However, the rain came down to thwart this goal of the two teams. Although the rain had stopped. But New Zealand was losing wickets at regular intervals in front of English bowlers.

The game is on the third day. Meanwhile, the New Zealand bowlers have tied England for 360 runs. Jonny Bairstow’s T20-style century gave England a 31-run lead over New Zealand.

On the morning of the third day, Jonny Bairstow went down to bat with 130 runs. He took the innings to 162 runs in the end. The innings of 157 balls was arranged in 24 boundaries.

Jamie Overton came down to bat with 89 runs. But he could not go far. He was dismissed for 97 runs. Deprived of a century for just 3 runs. Stuart Broad scored 42 runs. In the end, England were all out for 360 runs in 67 overs.

After coming down to bat in the 2nd innings, New Zealand were losing wickets at regular intervals and they had 31 runs less than England. They lost the wicket of Will Young at 28 runs. Young was out for 8 runs. Tom Latham was out for 76 runs. When the team scored 152 runs for 2 wickets, the rain started.

After the rain, Devon Conway got out to play. He made 11 runs. Matthew Potts, Jamie Overton and Joe Root took 1 wicket each.

The game of the third session was going on then. New Zealand lost 3 wickets for 153 runs. Lead 122 runs. Kane Williamson (48) and Henry Nicholls (1) were batting.

In the entire series against England, two middle-order batsmen, Daryl Mitchell and Tom Blundell, were able to hold New Zealand in this fight. The Kiwis collapsed at the beginning and at the end of the entire batting lineup. But sometimes these two batsmen have given a great challenge to the English bowlers.

Mitchell and Blundell were then trying to hold wickets in the second innings as New Zealand batted awfully in front of the English bowlers. They have not seen the aggressive form of English bowlers for a long time.

After batting on the last afternoon of the third day, they were unbroken with an average of only 7 runs. Tom Blundell with 5 runs and Daryl Mitchell with 4 runs will come down to bat today.

However, the way they took the helm of the Kiwis throughout the series, everyone’s expectation, they will hold again. If a big challenge can be thrown in front of England!

Because 5 wickets fell for 161 runs. They finished the day with 168 runs. England has a lead of only 137 runs. New Zealand could not save the Test with the target of 299 runs in the second Test. The English won in just 50 overs. If the lead is not big again, then the hope of victory is far away, they will not be able to save the match. In that case there must be whitewash.

The 4th day game will start at 4 pm today. 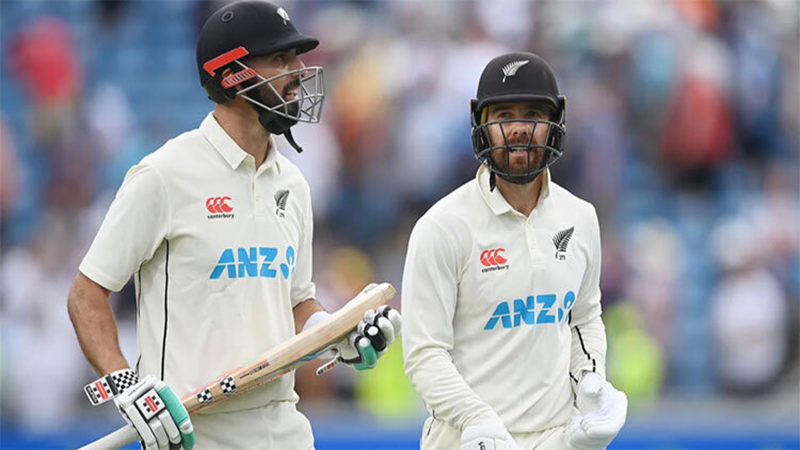