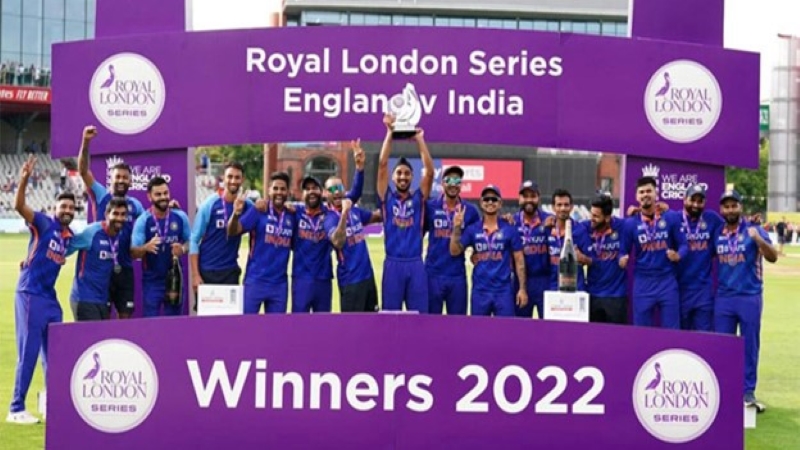 Yesterday, India and England met in the 3rd of the three-match ODI series on Sunday. The 3rd ODI match was played at Emirates Old Trafford, Manchester. England had to lose the series despite batting brilliantly.

But as always, England’s top order failed. England lost 4 wickets for 74 runs in the first innings. Opener Jason Roy managed to get some runs but Joe Root and Jonny Bairstow could not open the record of runs. Got out for zero runs. Jason Roy scored 41 and Ben Stokes scored 27 runs. Hardik Pandya and Mohammad Siraj shared those four wickets.

Captain Butler was dismissed at 199 runs. He scored 60 runs with 3 fours and 2 sixes. In the end, David Wiley’s 18 and Craig Overton’s 32 runs gave the English capital to fight. In the end, Reece was out for 0 runs.

England were bowled out for 259 runs in 45.5 overs despite captain Jos Buttler’s tenacity in the middle order.

Rohit Sharma’s team won the last ODI by 5 wickets after winning by 10 wickets in the first ODI. And with that, India won the three-match ODI series by defeating the host England by 2-1.

In the beginning, however, the visitors went on the back foot losing 3 wickets for 38 runs (Shikhar Dhawan 1, Rohit Sharma 17 and Virat Kohli returned to the dressing room with 17 runs). Reece Topley took all three wickets.

Pandya played an innings of 71 runs off 55 balls with 10 fours before he was dismissed at 205 runs. But at the other end, Unbeatable Pant left the field after confirming the victory of the team. The left-hander remained unbeaten on 125 off 113 balls with 16 fours and 2 sixes. Besides, Ravindra Jadeja scored 7 runs.

Rishabh Pant was the man of the match after playing a great innings. Hardik Pandya is the best all-rounder in the series with 100 runs and 6 wickets.

Player of the match – Rishabh Pant 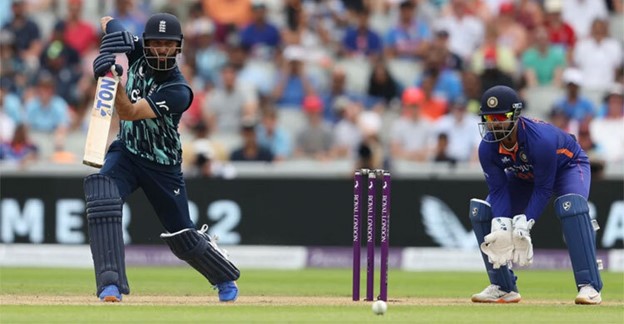