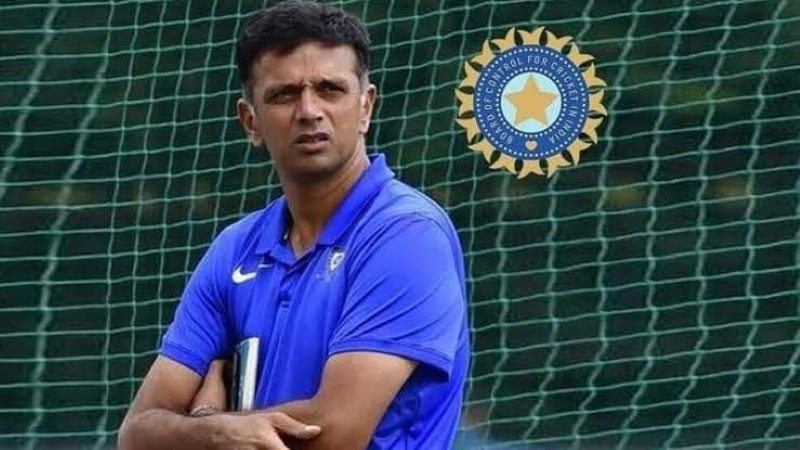 The upcoming T20 World Cup is going to start in Australia in October. The Indian team will play in this tournament under the head coach Rahul Dravid. The Board of Cricket in India (BCCI) also announced the team for the World Cup a few days ago.

After that, the discussion is going on. Can this team bring the title to India? Although late, Team India coach Rahul Dravid has opened up about the matter. He said that he is satisfied with the World Cup team. Along with that, Dravid also expressed his hopes for the team members.

India, led by Virat Kohli, showed extreme disappointment even though they were on the list of favourites in the last edition of the T20 World Cup in the United Arab Emirates. After that, there was a change in the coaching and captaincy of the team. Dravid replaces Ravi Shastri. Instead of Kohli, the leadership of India fell on the shoulders of Rohit Sharma.

Despite the tough challenge on Australian soil, Dravid is proceeding with careful planning in this World Cup mission. He said, “I won’t reveal everything. But I think we have always been clear about this. The biggest thing is that we can take everything according to our needs in the World Cup. ”

Satisfied with his team in the World Cup, Dravid also said, ”We were very clear about the kind of coordination we want. I had a clear idea about which eleven I wanted to play. Besides, we also knew what skill players we wanted. What kind of squad we will take to the World Cup is very important.”

However, there is also news of concern in the Indian team. All-rounder Ravindra Jadeja will not be able to play in the World Cup due to injury. There is also uncertainty about Jasprit Bumrah, the important pacer of the team. But without thinking about that, Dravid said, ”Everything will not be perfect due to injuries or other problems. If everyone remains fit, we can say from the team’s ability that we are at ease with the team.”

India started this year’s Asia Cup as the favourite. But in the end, Rohit Sharma’s team had to return home from the Super Four phase. Death over bowling has plagued India. Let’s see how successful Rohit-Kohli become by correcting mistakes.