Couple umpired in the same match in England 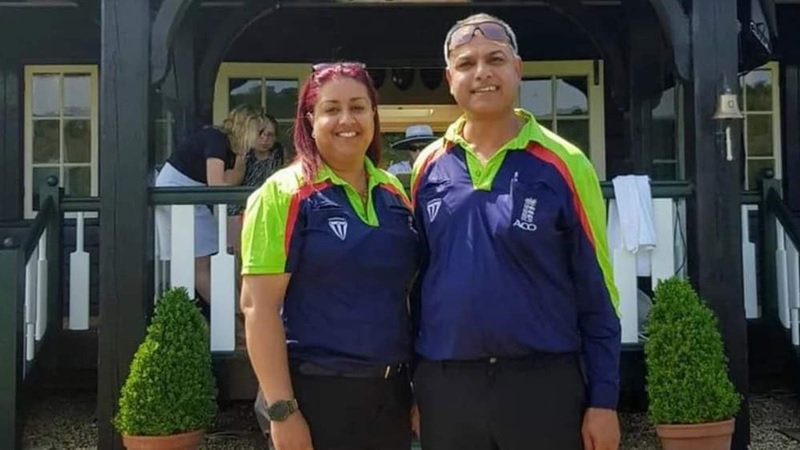 The word pair is quite familiar in cricket. The pair often meet in batting or bowling. But it is rare for a husband and wife to officiate in the same cricket match. This time it was seen in England. The incident happened at the recent Rachael Heyhoe Flint Trophy.

The pair umpiring in that match were Naeem Ashraf and Jasmine Naeem. The couple umpired in the Lightning vs Western Storm match. The funny thing is that time is getting special to them for one reason. Because last week, the couple celebrated their 23rd wedding anniversary.

Jasmine is a very popular umpire in England cricket. In the meantime, she has made history. She was the first British Muslim woman to umpire a match at Lord’s. “It doesn’t matter to me where I came from, men or women,” she said. “The important thing is the women’s play. If I can inspire children to play cricket, I will know that I have done well,” he added.

Naeem, on the other hand, is a former Pakistan all-rounder. He also played two international matches for Pakistan in 1995. However, Naeem has managed to score only 24 runs in two matches. Then his international career ended and he moved to the UK. Naeem, 49, is now busy with umpiring there.

From cricket to umpiring, Naeem said, “‘Actually I was busy with cricket. But suddenly, everything changed due to injury. Then I chose this job to be involved with this game. Now we, the husband and wife, are continuing cricket umpiring together. “