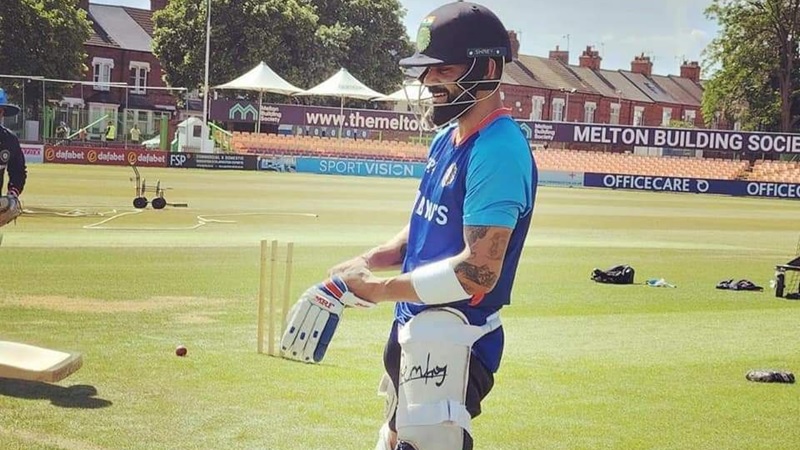 British photographer John Mallett was pleasantly surprised by what Indian cricket star Virat Kohli did. Mallet could not have imagined that Kohli would do such a thing. Kohli has used Mallet’s picture without permission. The photographer also gave his reaction to this. Kohli liked the picture he captured, so he was very excited.

Mallet is a British photographer by profession. He also likes cricket. Came to Leicester to watch the India vs Leicestershire warm-up match. The favorite camera was with him. So, Mallet did not miss the opportunity. He took some pictures of Indian cricketers. His favorite player Virat Kohli has been caught in the lens of Mallet’s camera.

Mallet, however, took the pictures of Kohli with the permission of the Indian team. There he gave some carefully taken pictures to Rohit Sharma’s team. From there, Kohli shared three photos of his choice with fans on Twitter. The caption with the photo reads, ‘Thanks Lester, waiting for Birmingham.’

Mallet was overjoyed to see Kohli’s tweet. He thanked Kohli for liking his picture. According to Mallet, Kohli is one of the best batsmen in the world. The British photographer could not have imagined that Kohli would use the photo captured by him in his own account. He also thanked the Indian team for giving him the opportunity to take pictures.