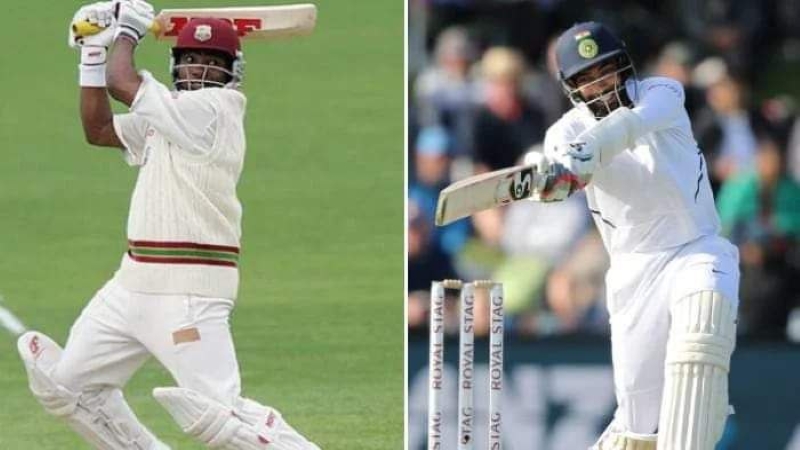 India’s canceled Test match against England in Manchester last year is currently being played in Edgbaston. On the second day of that Test, India’s Test captain Jasprit Bumrah showed a great batting performance with the bat. Despite being a bowler, he broke the record of former legendary cricketer Brian Lara in the Edgbaston Test with bat. At one point, the boom-boom-boom bat reminded former India all-rounder Yuvraj Singh.

Yuvraj hit six sixes off six balls to England’s Stuart Broad in the T20 World Cup. Bumrah collected 35 runs in Edgbaston in one over of that Broad. The highest run-scoring over in the history of Test cricket. In 2003, Brian Lara scored 28 runs in one over by Robin Petersen in Johannesburg. Besides Lara, two other batsmen were able to score 28 runs in one over in Tests. They are George Bailey and Keshav Maharaj.

The Caribbean legend Lara congratulated on breaking the record after 19 years. In a tweet on social media, Lara wrote, “Congratulations to young Jasprit Bumrah for setting the world record for most runs in an over in a Test. Join me to congratulate him. ”

Bumrah hit four off the first ball of the 84th over. The next ball was wide and it also became four by fooling the wicketkeeper. It came to a total of 5 runs. Broad bowled the second ball and Bumrah hit a six. The Indian captain then hit three fours in the second, third and fourth balls. He touched the record of maximum 27 runs in one over in Test. Bumrah then set a world record of 35 runs in one over with sixes off the fifth ball and one run off the sixth ball.