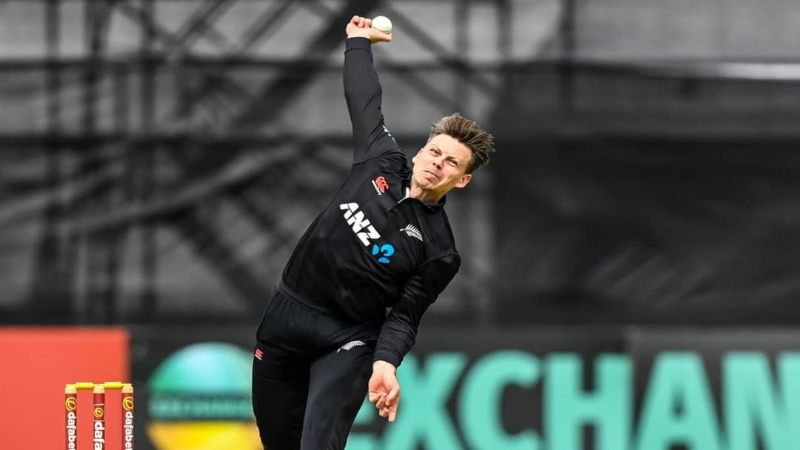 The new member of the New Zealand team is spin all-rounder Michael Bracewell. He has played 2 Tests, 6 ODIs and 2 T20Is in Kiwi jersey so far. Bracewell has bagged a hat-trick in T20 this time. Even this young cricketer got the taste of hat-trick without completing one over.

Bracewell scored a hat-trick in the second T20 against Ireland. He came to bo for the first time in the 14th over of the innings. And he showed magic with the ball in hand. Bracewell took 3 wickets for 5 runs from just 5 balls. And the Irish were all out for 91 runs.

In 13.5 overs, Craig Young was dismissed before opening the run book giving a catch to Ish Sodhi. Bracewell also became the third Kiwi bowler to celebrate a hat-trick in T20Is. Earlier Jacob Oram achieved this feat against Sri Lanka in 2009 and Tim Southee against Pakistan in 2010.

A long era has passed since Southee’s hat-trick, but New Zealand has yet to see a hat-trick. That wait ended at the hands of Bracewell. Moreover, Bracewell is the first and only cricketer in the world in another feat. That is, he is the cricketer who took 3 or more wickets with the fewest balls in an innings in international cricket.