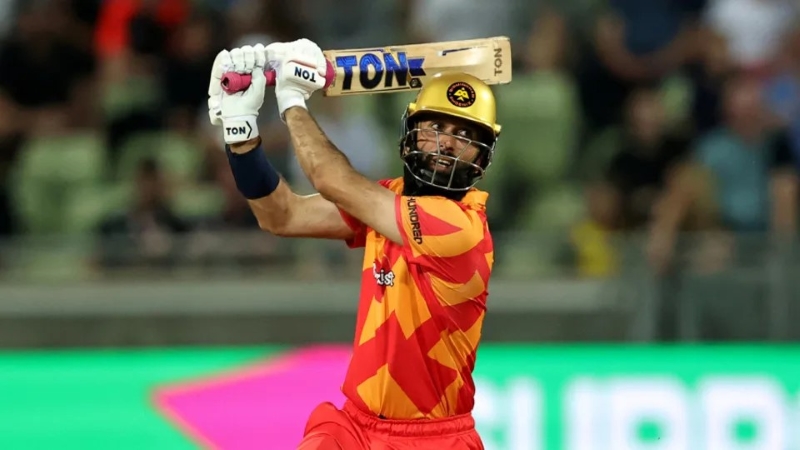 Moeen Ali’s superb all-round performance led Birmingham Phoenix to an impressive 7-wicket win with 14 balls in hand against Trent Rockets in the 15th match of The Hundred 2022 at Edgbaston in Birmingham on Monday. Moeen Ali was adjudged the player of the match after taking 1 wicket with the ball and then scoring 52 runs with the bat facing 28 balls.

In response, Birmingham Phoenix reached the port of victory in 86 balls. They chased down the challenging target of 146 runs, losing only 3 wickets. Opener Will Smeed (1) was bowled by Luke Wood for the team’s 2 runs. Then Miles Hammond, another opener, put on a 23-run stand with Moeen for the 2nd wicket.

Although Moeen scored only 3 runs in this pair of 23 runs. Miles Hammond scored the remaining 20 runs alone. After his departure, captain Moeen put together an 85-run partnership with Liam Livingstone. Moeen returned to the pavilion after playing a devastating innings of 52 runs off 28 balls. His innings was arranged with 3 fours and 5 sixes.

After Moeen’s departure, Livingstone and wicket-keeper batsman Matthew Wade did end the rest of the work. These two made a pair of unbroken 39 runs from 20 balls and brought the team to the port of victory. Livingstone played a match-winning knock of 51 not out in 32 balls, with 1 four and 4 sixes. Besides, Wade remained unbeaten on 14 runs off 10 balls. Luke Wood took the maximum number of 3 wickets for Trent Rockets with 17 off 20 balls.

Earlier, after batting first Trent Rockets could not start the innings well due to the extraordinary bowling attack of Birmingham Phoenix’s bowlers. They lost 3 wickets to get 33 runs off 25 balls of power play. Opener Alex Hales scored 1, Dawid Malan got 9 and Colin Munro made 11 runs before returning to the dressing room.

As soon as the team score crossed 50 runs, Trent Rockets fell into danger after losing 3 more wickets. Then Skipper Lewis Gregory and Aussie bowling all-rounder Daniel Sams led the team’s scoreboard forward for the seventh wicket partnership. Trent Rockets could collect a fighting score of 145 runs in the end mainly thanks to their unbeaten pair of 92 runs.

Daniel Sams played a storming innings of 55 not out off 25 balls, with 5 fours and 3 sixes. On the other hand, Lewis Gregory remained unbeaten with 35 runs off 22 balls. He had an equal number of 2 fours and a six in this innings. Benny Howell took 3 wickets conceding 28 off 20 balls for Birmingham Phoenix. Besides, Moeen Ali, Imran Tahir, and Tom Helm took 1 wicket each.

Player of the match – Moeen Ali 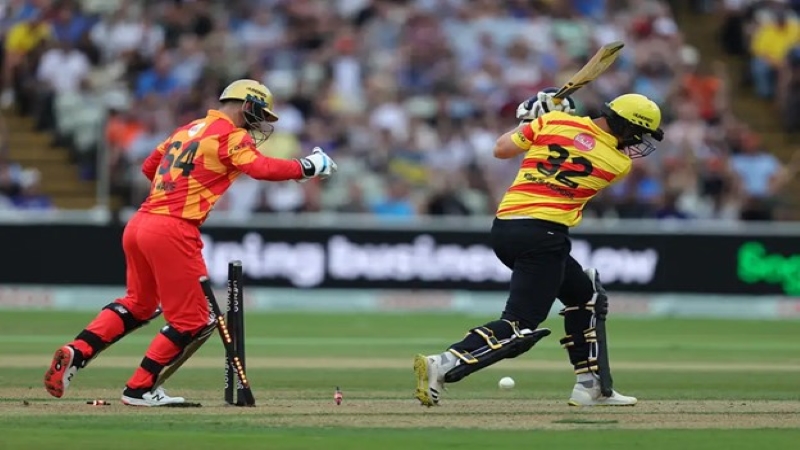