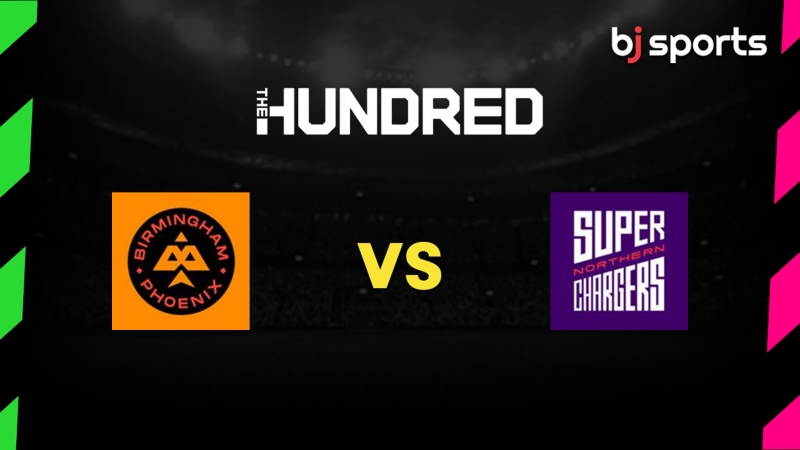 Birmingham Phoenix has subsequently defeated Southern Brave, Welsh Fire, and Trent Rockets after being defeated by Trent Rockets by six wickets in their season opener. They have bat and ball players who can win games.

The Northern Superchargers have fallen to the Trent Rockets, Oval Invincibles, and London Spirit in a row. The Superchargers must step up in this matchup because only one of those losses was in a close contest.

On August 19, there would be some light cloud cover over Birmingham.

At this location, chasing scores has become the norm. Therefore, in this match, the team that wins the toss will attempt to bowl first and keep the opposition’s score low.

Bowlers appreciate the surface’s aid. The team batting first in this match aims to achieve at least 160 runs on this wicket.

Prior to Phoenix’s most recent triumph on Monday, the batting order was changed. With Chris Benjamin moving back to the middle order, Miles Hammond was promoted to the opening position. Timm van der Gugten replaced Australia’s Kane Richardson in the starting XI, forcing Richardson to sit out.

The Superchargers made three changes to their lineup against the London Spirit after dropping their previous two games, leaving out John Simpson, David Wiese, and Ben Raine. In their stead, Wahab Riaz made his season debut, David Willey returned from injury, and Harry Brook returned from England Lions service.

Birmingham Phoenix is the favorite to win this match.

Birmingham Phoenix is not only in fantastic shape, but they are also incredibly difficult to defeat in front of their home crowd. Although we expect the Northern Superchargers, who are playing with their strongest lineup, to be competitive, we predict another Birmingham Phoenix triumph.