Bijoy-Taskin joined the team in the UAE 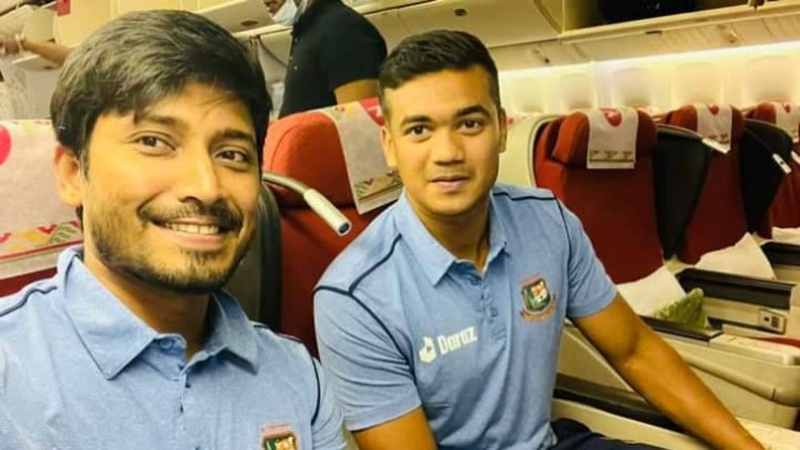 Bijoy-Taskin left Dhaka for Emirates to play Asia Cup on Wednesday. They also published pictures of going on a trip. Both of them asked for prayers from the fans by sharing pictures on their official Facebook page.

Two cricketers have already reached the UAE safely. A day later Bijoy and Taskin joined the side. Bijoy can be seen opening the innings for Bangladesh in the Asia Cup. On the other hand, the responsibility of handling the pace attack is on Taskin’s shoulders. Asia’s battle for cricket supremacy is going to begin on August 27. Bangladesh’s first match in the tournament is against Afghanistan on August 30.