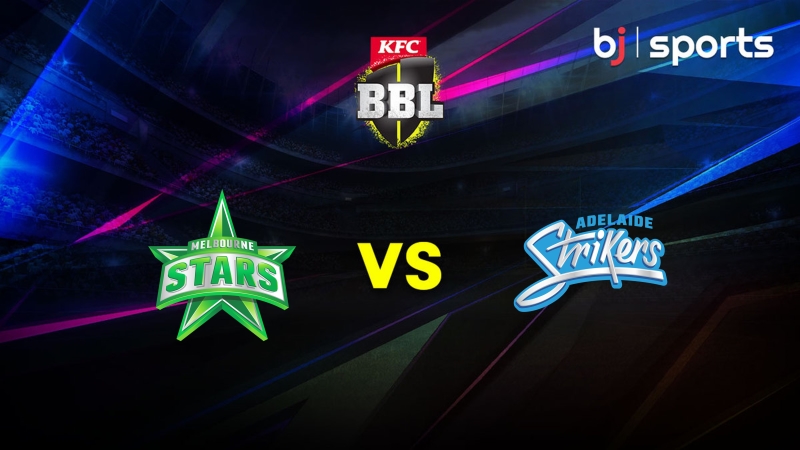 Melbourne Stars and Adelaide Strikers will square off in game 38 of the 2022–23 Big Bash League at Melbourne Cricket Ground. With just four points from nine games, the Stars enter this match at the bottom of the standings. With 10 points, the Strikers are third. At 18:45 local time, the game starts at the MCG.

The Melbourne Stars have had trouble throughout the competition, and the loss of Trent Boult and Marcus Stoinis makes them even less strong. They are facing a potent and effective Adelaide Strikers XI.

As the group stage is coming to a finish, Adelaide Strikers are regaining their pace after overcoming their recent slump. They will be quite optimistic that they can win another game in Melbourne.

There won’t be any rain and the sky will be partially cloudy. There will be a temperature range of 18 to 27 °C.

In each of the three BBL games played at the MCG, the captain who won the toss decided to field first. If either captain wins the toss before this game, we anticipate them to proceed similarly.

On this pitch, a par score will fall between 170-180. The fast bowlers will pose the largest threat on this pitch because the turn for the spinners will be slow.

Marcus Stoinis will still be unavailable for this match due to a hamstring injury, having missed the previous game against the Hobart Hurricanes. The Stars’ loss is made worse by the fact that he scored 74 runs off of 35 balls and won Player of the Match in the previous match between the two sides. Trent Boult has switched to the ILT20 from the Stars.

On a pitch that favours pace, we anticipate Henry Thornton to replace the injured spinner, Cameron Boyce. The match on Saturday will feature Alex Carey and Travis Head, who are now available following the Test series against South Africa but not this matchup with Melbourne Stars. 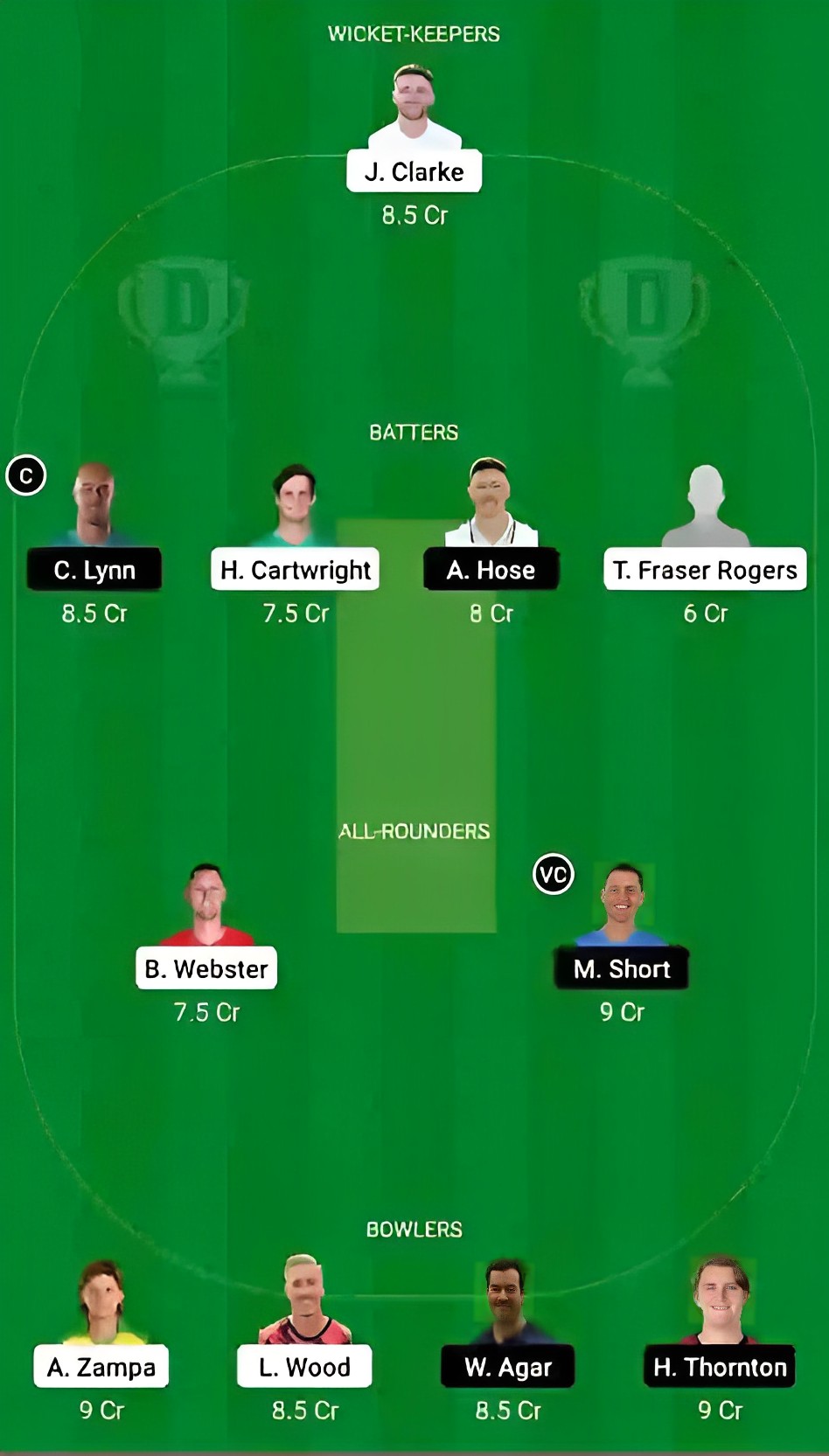 Adelaide Strikers is the favourite to win this match.

Even though the Stars prevailed in the team’s New Year’s Eve match, Adelaide Strikers were in a particularly bad patch of form at the time. The Striker’s batters have improved since that time, while the Melbourne Stars have lost more games. In this game, we expect Adelaide Strikers to triumph once more.