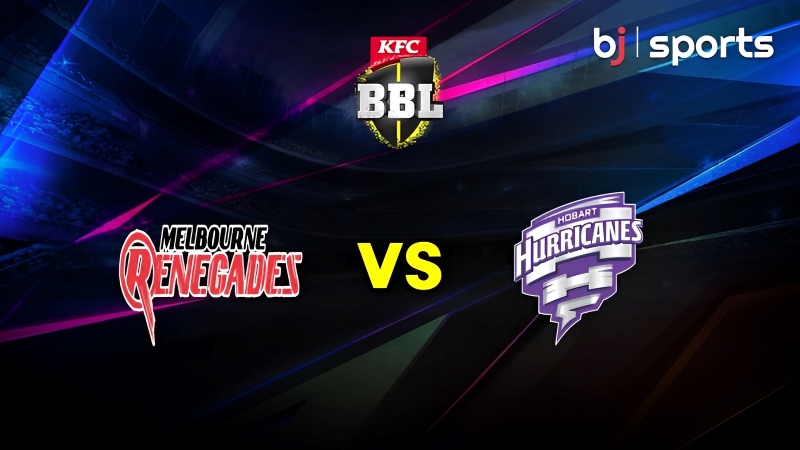 On Saturday early evening, Match 32 of the 2022–23 Big Bash League pits Melbourne Renegades against Hobart Hurricanes at Docklands Stadium. The Hurricanes are one spot behind the Renegades in sixth place with six points and a game remaining. The Renegades are in fifth place with eight points. At 17:35 local time on January 7th, the game begins in Melbourne.

In their most recent game, the Melbourne Renegades returned to winning ways, although they do not appear to be as formidable a team without Nic Maddinson. They should, however, be able to compete with the Hobart Hurricanes.

Hobart Hurricanes have played some outstanding cricket despite not having a winning streak of more than one game in the competition. We anticipate them to be too strong here even if they scored 229 and still lost the prior game.

At the Docklands Stadium, there will be lots of early-evening sunshine without any clouds or chance of precipitation. For the majority of the game, it will be in the high 20s.

It would be surprising if either captain won the toss and decided to field first in this match because 52% of BBL matches at the Docklands Stadium have been won by the team batting first.

The surface has some movement for the bowlers and is not the fastest in the competition. A par score of little more than 165 is anticipated.

The Melbourne Renegades captain Nic Maddinson will miss the upcoming season of cricket due to a knee injury, it was revealed prior to the Melbourne derby on Tuesday. For the remainder of the current season, former captain Aaron Finch has assumed the position once more.

Zak Crawley, the England opener, played against the Adelaide Strikers for the first time this season and scored 54 runs off just 28 balls. Crawley took D’Arcy Short’s place in the lineup, and he performed well enough to hold it for this game. 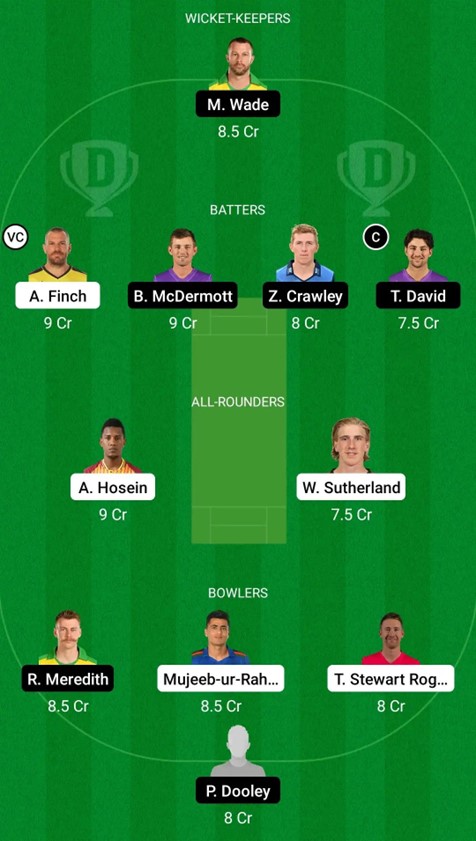