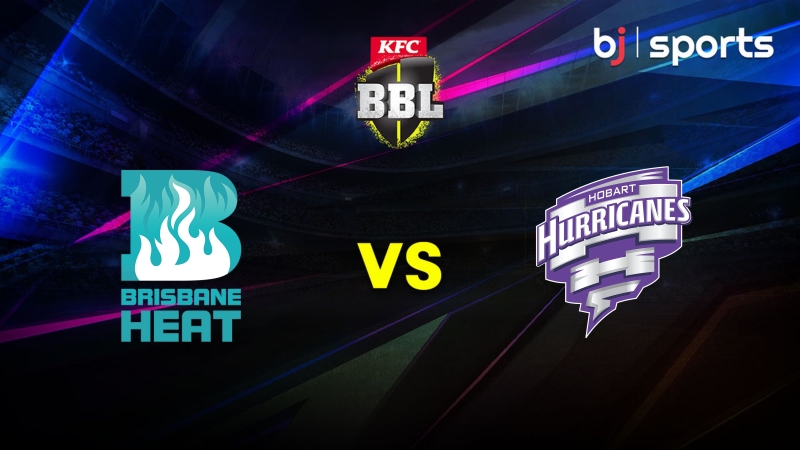 Friday night’s Big Bash League Match 49 pits Brisbane Heat against Hobart Hurricanes at the Gabba. Despite winning their last two games, the Heat are still in last place in the standings. They are one point and two places below the Hurricanes. At 19:00 local time in Brisbane, this game begins.

Brisbane Heat will enter this field with confidence after unexpectedly improving their form. With a victory, the Heat might go to the postseason.

Despite losing to the Perth Scorchers in their most recent game, the Hurricanes will head to Brisbane knowing that a victory will ensure their spot in the playoffs.

On the day of the game, rain is predicted in Brisbane, therefore the game may be cut short.

As the chasing side has won 27 out of the 53 games played here, batting here tends to get easier in the second half. The toss winner who chooses to field first will probably do so.

The Gabba pitch provides reliable bounce and swing, as well as a ton of assistance for seam bowlers. Once they’ve had a chance to adjust to the conditions a little, batters will have their chance to score.

We anticipate that Jack Wildermuth will be given an additional game to rest after missing the team’s games the previous week due to a back issue. Any alterations to the starting XI before this game would be unexpected.

In their most recent game, the Hobart Hurricanes struggled against the Perth Scorchers because none of their powerful hitters were able to get going. The same team should be chosen because there are no fresh injuries or players returning from injuries.

More of these games that significantly impact team finishes can be anticipated as the group stage draws to a close. Since neither team can afford to lose, we believe both teams will try to attack right away. We anticipate a high-scoring contest, but we believe the Hobart Hurricanes’ bowlers have an advantage and will help their team come out on top.