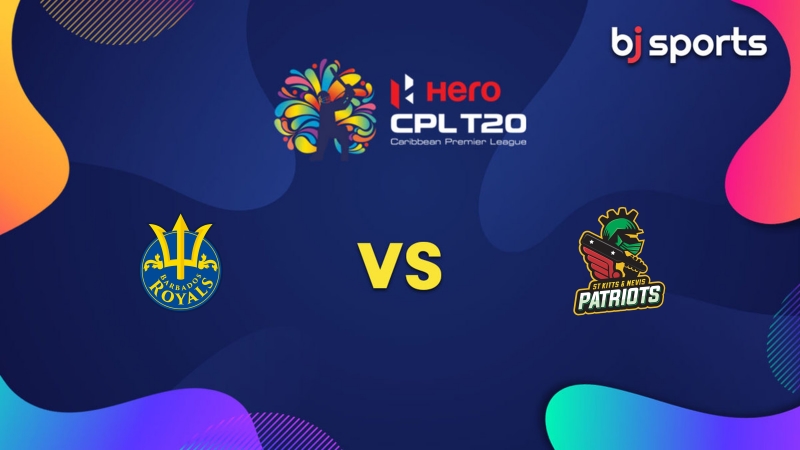 Barbados Royals and St. Kitts & Nevis Patriots will square off in game 24 of the 2022 Caribbean Premier League on Wednesday morning at Providence Stadium. With 14 points from eight games, the Royals are in the first place. The Kings are in second place, two points ahead of the Patriots in fifth. In Guyana, the game begins at 10:00 local time.

The Royals had their last two games decided by DLS before defeating the Guyana Amazon Warriors to resume their winning ways. They have been significantly too powerful for almost all of the competition’s opponents.

Saint Lucia Kings have defeated St. Kitts & Nevis Patriots in two of their last three games. They do, however, have a few real match-winners on their team, so they shouldn’t be discounted in this game.

On the day of the game, Guyana is forecast to have sporadic thunderstorms with a high of 31 degrees Celsius.

Given the slow pace of the pitch, teams have chosen to bowl first at this location. Teams batting second have triumphed in 20 of the 32 domestic T20 matches, despite the fact that chasing is equally difficult at this venue. The team batting first, though, might have an advantage given the weather predictions, as the DLS is likely to enter the picture if there is a rain interruption.

Joshua Bishop left the team after the victory over the Guyana Amazon Warriors, and spinner Hayen Walsh was reinstated. We anticipate no changes to the starting lineup for this match because the game will now only last 16 overs for each side.

The Patriots used the same starting lineup against the Saint Lucia Kings in Match 20 after defeating the Jamaica Tallawahs. We might see a change in the batting order because the team’s inability to score runs from the top of the order cost them the game, but we don’t expect any changes to the lineup. 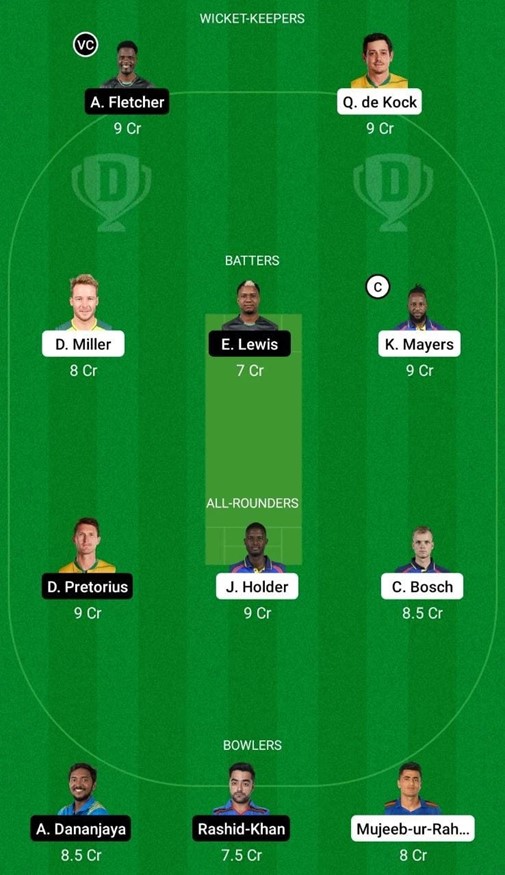 Barbados Royals are the favorites to win this match.

Before this game, these two sides were separated by eight points, with the Barbados Royals having had a remarkably steady group stage campaign thus far. They will undoubtedly have difficulties with St. Kitts and Nevis Patriots, but we are supporting the Royals in this match.