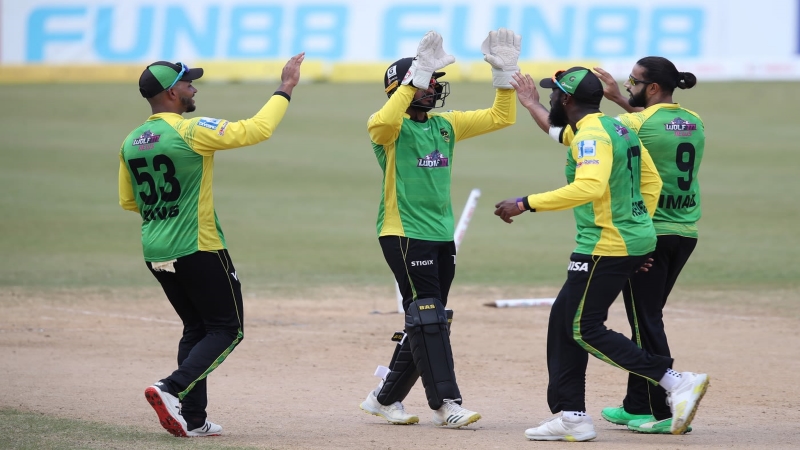 Jamaica Tallawahs recorded a stunning 6-run win by DLS over Barbados Royals at the Queen’s Park Oval, Port of Spain, Trinidad in a rain-interrupted match of CPL 2022. Spinner Imad Wasim was adjudged the player of the match by picking up 3 wickets for just 14 runs in three overs including two maidens.

Barbados Royals lost 3 wickets after scoring 17 runs in 6 overs of power play. Where all three wickets were hunted by left-arm orthodox spinner Imad. In the 4th over of the innings, he bowled the opener Rahkeem Cornwall (15). Then he hunted a pair of wickets in the 6th over. He dismissed Kyle Mayers for 1 run and Corbin Bosch for zero runs.

Proteas batsman Quinton de Kock guided the Barbados Royals who were seeming to knock out of the match. Azam Khan could not provide him with a suitable company. He scored 12 runs off 11 balls. But then de Kock and captain David Miller put on a big partnership of 83 runs in the 5th wicket. Miller returned to the dressing room after scoring 34 runs off 27 balls with 1 four and 2 sixes.

However, de Kock returned to the pavilion with just one ball left in the innings. His brilliant innings of 74 off 43 balls included 7 fours and 3 sixes. Besides, Jason Holder remained unbeaten with 4 runs. In the end, Barbados Royals managed to score 146 runs after losing 6 wickets in the scheduled 20 overs.

Besides Imad, Mohammad Amir, Fabian Allen, and Nicholson Gordon took 1 wicket each for Jamaica Tallawahs. At the same time, Amir bowled 4 overs and spent only 21 runs.

Jamaica Tallawahs got off to a flying start after coming down to chase a challenging target of 147 runs. At the end of the 6 overs of the power play, they lost one wicket and picked up 59 runs. Whereas Amir Jangoo scored 29 runs off 18 balls with 5 fours and a six. At the end of 10 overs, the score for Jamaica Tallawahs stood at 95/1. But the rain came as an obstacle to their victory.

Shamarh Brooks (18) got out in the third ball of the over when play resumed after almost half an hour of suspension. Holder then took a pair of wickets in the 13th over of the innings to bring the Barbados Royals back into the match. He sent back set batters Brandon King (46 off 33 balls) and Raymon Reifer (1) to the dressing room.

Holder took the wicket of Fabian Allen (1) in the 17th over. Jamaica Tallawahs managed to score only 19 runs after losing 3 wickets in 5 overs (30 balls) from 12th to 17th. Then the rain struck the match again. Not a single ball could be rolled on the field as a result of that. But due to the good run rate, Jamaica Tallawahs got an incredible victory by 6 runs in the DLS method.

Jamaica Tallawahs collected 126 runs after losing 5 wickets at the end of 17 overs. Captain Powell was unbeaten on 12 and Imad unbeaten on 3 runs. For Barbados Royals, Jason Holder took the highest number of 3 wickets and Obed McCoy took 2 wickets.

Player of the match – Imad Wasim 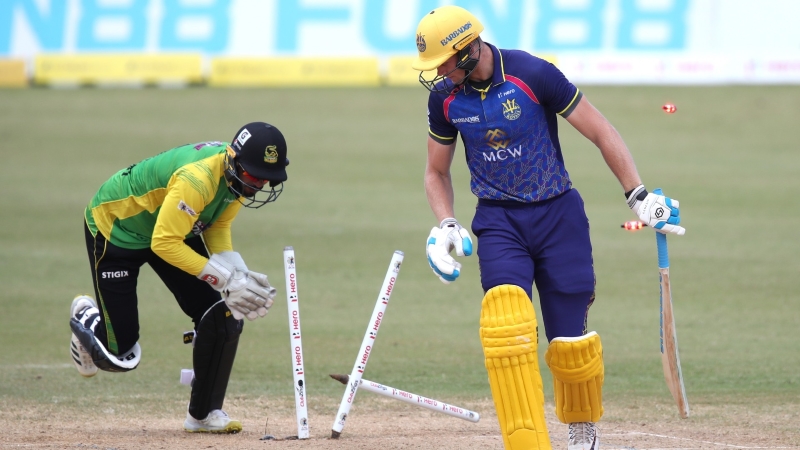