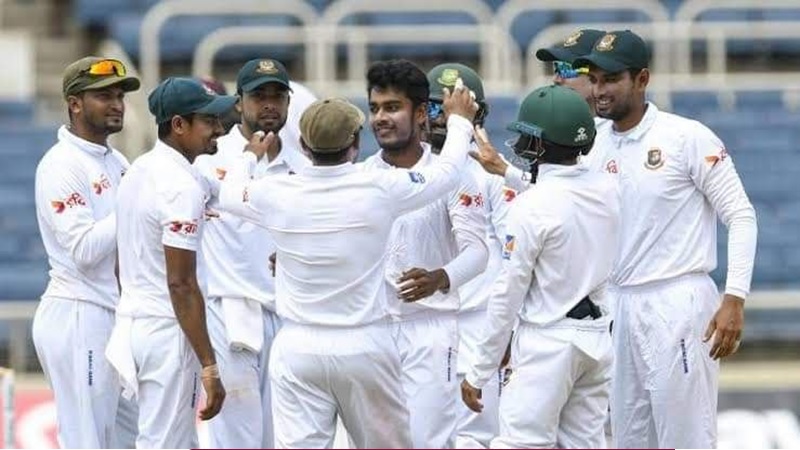 Bangladesh’s defeat in the St. Lucia Test was almost certain. However, it remains to be seen whether the visitors can avoid an innings defeat. The weather played a role on this occasion. It rained for more than four hours before the match started. Thus, the hope arose to take the St. Lucia Test on the fifth day.

But in order to do that, Bangladesh had to play 38 more overs with the last four wickets. However, it was not possible. However, thanks to Nurul Hasan Sohan’s 60 off 50 balls, Shakib Al Hasan’s team lost the test by a big margin of ten wickets.

It is eye-popping to see the introductory statistics of Bangladesh in Test cricket. In total, the number of wins from 134 matches is only 16. Bangladesh, who completed their 100 defeats in the Test, has drawn the remaining 18 matches. It can be seen from the statistics that Bangladesh is losing six matches against one win on an average.

No other team has such a difference in win-loss ratio. However, there are eight more teams that have lost 100 matches in Tests before Bangladesh. However, they all played more than 300 games. There is a balance between victory and defeat in each of them. But in the case of Bangladesh, it is completely different.

England has lost the most matches in Test history. They also played more matches than anyone, 1051. The English have won 381 matches. However, Australia is ahead of them in the number of wins. Aussies won 399 out of 842 matches and lost 226.

Note that Zimbabwe’s win-loss ratio is also better than Bangladesh’s. The team, which has been willingly away from Test cricket for several years, has played 115 matches so far. They have won 13 and lost 74 matches. In other words, even if they lose all the next 26 Tests, it will take 141 matches for Zimbabwe to complete 100th defeat.