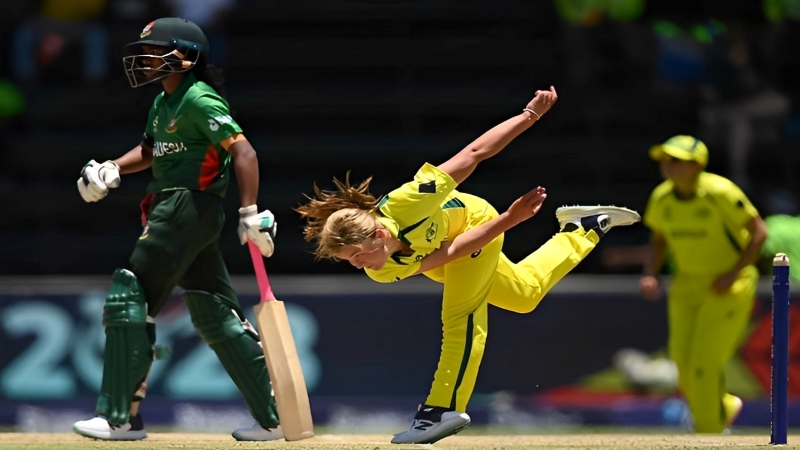 Male or female, Australia is one of the superpowers of world cricket. Just as defeating them is not an easy task, winning against Aussi is also a big achievement. And if Aradhya gets that victory from a rising power team like Bangladesh, then his greatness increases a lot. This time in the Under-19 Women’s T20 World Cup, the women of Bangladesh defeated the Australian women by 7 wickets. Since then the women cricketers of the country have been in the headlines.

The Tigers face Australia in their first World Cup match in South Benoni on Saturday. Batting earlier in the match, however, the Aussi women did not do too badly. Ajira threw a challenging target of 131 runs in front of the Tigers. Of course, Bangladesh chased that goal with a smile. In the end, the World Cup got off to a great start as they won by 7 wickets.

Dilara Akhtar scored the highest run for Bangladesh chasing the target. The opener played a solid inning of 40 runs from 42 balls before returning to the dressing room. Apart from this, Afia Humaira, Swarna Akhtar and Sumaiya Akhtar have contributed well. However, the man of the match award went to Dilara. He is also the best player in the opening match of the World Cup.

As a result of this victory, the confidence level of Bangladeshi women will also increase. Because starting the journey by defeating the hot favourites of the tournament means showing your strength. Using that confidence will serve as motivation to play well in the remaining matches of the tournament. The atmosphere of the team is also very good after the incredible win. They want to keep the team game in the next match as well.

The surprising information is that Bangladesh won the U-19 World Cup in South Africa in 2020. However, it was the Akbar Ali-led men’s team that won the World Cup for the first time. This time another U-19 World Cup in the country. Although the format is different. However, there is an opportunity for women to repeat the history of men.