Bangladesh prepares for Afghanistan by handling the leg spinner 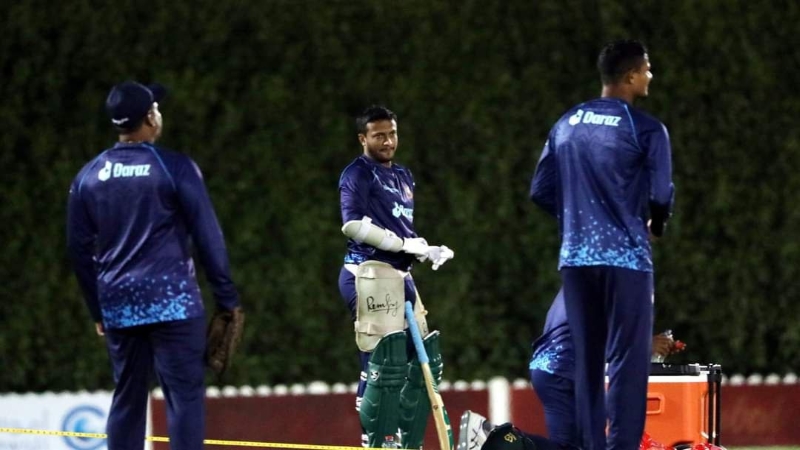 Although the Asia Cup curtain rises on August 27, Bangladesh Asia Cup will start on August 30. Shakib’s Asia Cup journey is going to begin with the match against Afghanistan.

Ahead of the match, the Tigers have been training at the ground in Dubai to prepare themselves. The video released by the Bangladesh Cricket Board shows Shakib’s team sweating themselves at the ICC Academy ground in Dubai. Afghanistan is also practicing in the same field.

How strong Afghanistan is in spin is not unknown. Rashid Khan is a fearsome name especially in spin. Rashid became a cause of worry for star cricketers like Virat-Babar. Mujibur Rahman can also be another fear name of the Bangladesh team. So, the Tigers are particularly emphasizing on handling the spin.

Rishad, who was out of the squad, was brought to the Bangladesh team for practice. In the match with Afghanistan, Bangladesh batsmen may have to fight with Afghan spinners. So that’s how Shakib-Afif and Co are preparing.

Sriram was also seen bowling in practice. Afif-Emon waer seen practicing big shots. It remains to be seen how much this preparation will work against the Afghans.