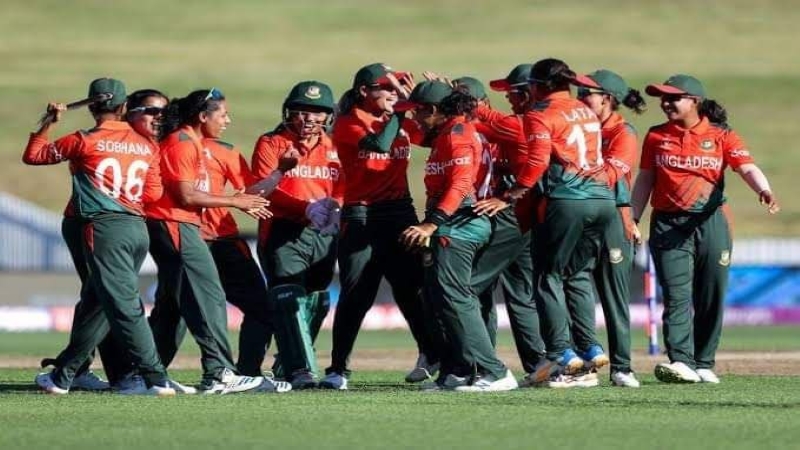 The Bangladesh-Sri Lanka match was interrupted by rain in the last match as well. This rain ‘kicked out’ Bangladesh from the Women’s Asia Cup in Sylhet. However, Nigar’s Sultana Jyoti’s dream of reaching the semi-finals died after losing against the Lankans. The last thing that was possible, too, was looking at Thailand.

India lost that Thailand. After that, the equation in front of Bangladesh was like this, if they could beat the United Arab Emirates, they will advance in net run rate and go to the semi-finals. But the rain didn’t let it happen. When Tuesday’s match was canceled due to incessant rain in Sylhet, Bangladesh’s dream was broken.

Meanwhile, after the Bangladesh match was abandoned, the semi-final was confirmed for Thailand, which is placed at number four in the points table. Out of five matches, Bangladesh has won only two matches against Malaysia and Thailand. In addition, the Tigers have lost to India, Pakistan, and Sri Lanka in the remaining three matches.

But there was a golden opportunity in front of Bangladesh to retain the title of this year’s Asia Cup. One is the confidence of playing as the current champion, second is the added advantage of the home field. Besides, the team has become the T20 World Cup qualifying champion before the Asia Cup. Even then, being eliminated from the group stage of the Asia Cup can be said to be a big failure.