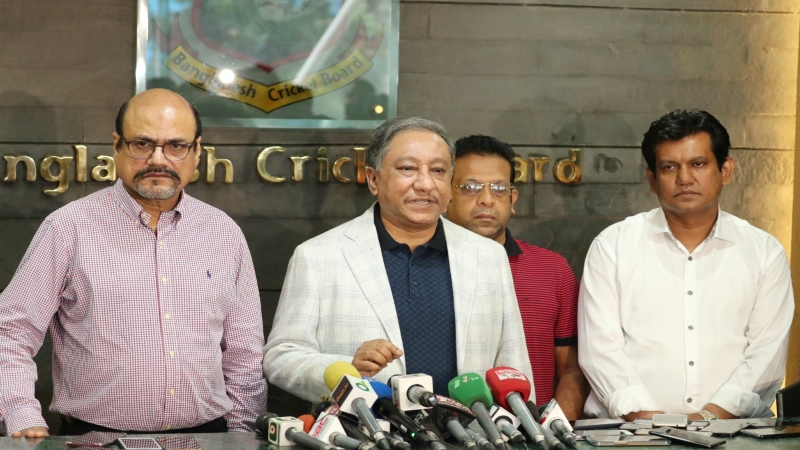 BPL will be played in January next year. Where you can see a gathering of local and foreign star cricketers. Where young cricketers will also get a chance to match themselves. Similarly, there is an opportunity for youngsters to learn new things from experienced cricketers. As usual, Bangladesh cricket team chief selector Minhajul Abedin Nannu is hopeful that Bangladesh will get some new great cricketers from BPL. The chief selector of Team Bangladesh said that the plan for the 2024 World Cup will also start from this BPL.

Experienced cricketers of the country and abroad play in franchises in BPL. The young cricketers of the country can also learn something new by coming in contact with them. As a result, Nannu thinks it is easy to find good performers from here. The chief selector of Tigers spoke about BPL in a press conference in Mirpur. Nannu hopes to find some good performers from BPL this time too.

In response to the questions of the journalists in this context, Nannu said, “BPL is a great platform for the cricketers to prove themselves. Good opportunity especially for young cricketers. Many international cricketers join here. The youngsters can learn a lot by sharing the dressing room with them. It is challenging for them. Also, we hope that we can find some great cricketers from this BPL, who can contribute to Bangladesh”.

Nannu also talked about the plans for the 2024 World Cup. He also said, “Every team has some plans, which is a bit difficult to say in advance. For the sake of the team, we have to keep it within ourselves. Even so, we are moving forward from the BPL but aiming at the 2024 World Cup. This year’s BPL is great for us to find players. Stage. All eyes will be on this

In BPL. There will be a lot of players to pick out some outstanding players for the national team. We are not doing well in T20, the team is lacking in some places, how the cricketers are doing there will also be seen in this BPL. “

Note that the ninth season of BPL is going to start on January 6, 2023. The final will be on February 16. BCB released the schedule of BPL last Saturday. A total of 7 teams will participate in this year’s event. The previous seasons of BPL were full of controversies. There has been no less discussion and criticism about it. This time Bangladesh Cricket Board is desperate to make the BPL controversy-free. But how much will be possible in reality is now the question of crores of rupees.