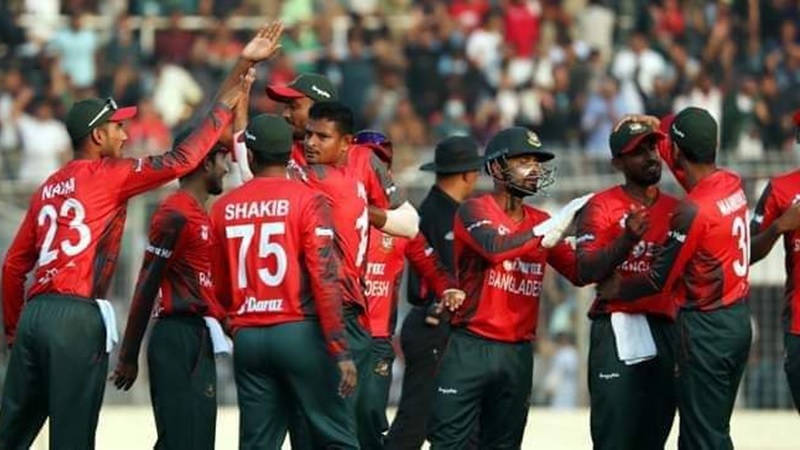 Bangladesh has been getting bad news since the beginning of Dominica’s journey to play the T20 series. The match on the day after a terrible voyage did not have the opportunity to practice. The first match was abandoned due to rain, but in the second match, where is the defence? The Tigers lost to the West Indies by 35 runs in a high-scoring match.

Mahmudullah Riyadh was punished before getting a chance to forget Dominica’s misery. They are fined due to slow over-rate. Bangladesh could not finish the over in the allotted time in the second T20, and the rest was one over. As a result, Richie Richardson of the ICC Elite Panel of Match Referees set the penalty.

Every player in the Bangladesh XI has been fined 20 percent of the match fee. Article 2.22 of the ICC Code of Conduct for Player Support Personnel states that players will be deducted 20 percent of their match fee for slow over-rate offences if the team fails to complete the over within the stipulated time.

Bangladesh captain Mahmudullah Riyad has accepted both the crime and the punishment. As a result, no further hearing was required. On-field umpires Leslie Reifer Jr, Nigel Duguid, third umpire George Brathwaite and fourth umpire Patrick Gustard, made the allegation.