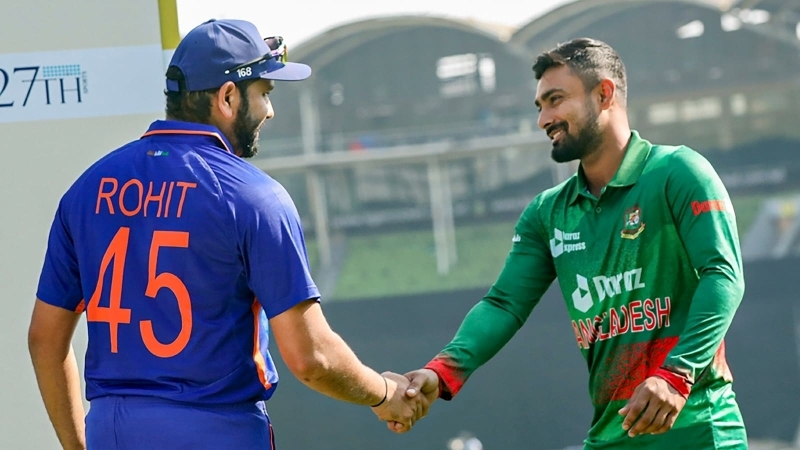 India and Bangladesh met in the 1st match of the three-match ODI series yesterday at the Sher-e-Bangla National Stadium. In that match, India went down to bat first and fell under the attack of the Bangladeshi bowlers. But before that, they set some kind of target. Bangladesh won that match after chasing that goal by a small margin. Along with that, they took a step towards winning the series. On the other hand, India had to leave the field with a loss. Besides, Mehidy Hasan Miraz won the man of the match title due to his excellent batting and good bowling.

Liton Das is leading the Bangladesh team in this series as Tamim Iqbal was ruled out due to injury. Luck helped him in the first match. The fielding decision was taken by winning the toss. On the other hand, while going to bat first Shikhar Dhawan missed the line and did a reverse sweep, then the ball hit the bat and simultaneously hit the stumps. Then the bell fell. This Indian opener Dhawan took the path of the dressing room by scoring only 7 runs. Mehidy Hasan Miraj took the first wicket after 23 runs.

Then two victims fell in one over. That too was the two pillars of Indian batting Rohit Sharma and Virat Kohli. Captain Liton Das brought the world’s best all-rounder into the attack in the eleventh over of the innings. Shakib bowled Rohit (27 off 31) in the second ball. After one ball Shakib took another one. This time, however, Liton’s contribution should be more. Liton took an incredible catch by jumping like a hawk at extra cover. Which Kohli (9) couldn’t believe.

In the last ball of the 20th over, while pulling Ebadot’s short delivery, Iyer (24) threw the ball straight into the sky. That easy catch was taken by the wicketkeeper Mushfiqur Rahim. Losing 4 wickets for 92 runs, Lokesh Rahul and Sundar were pulling India at that time. They added 60 runs for the team in 75 balls. Finally, Shakib broke the pair by sending Sundar (19) back to the dressing room.

Then Ebadot struck in the next over. Shakib helped him. Shahbaz’s (0) got caught at the cover with great skill. In the next over, Shakib bowled back Shardul Thakur (2).

After two balls in that over, Shakib trapped Chahar in LBW and completed the Fifer. Losing 8 wickets for 156 runs, Lokesh Rahul was India’s last hope. He was also caught in the trap of Ebadot’s short ball. Rahul’s innings of 73 run off 70 balls had 5 boundaries and 4 sixes. In the end, they scored 186 runs losing 10 wickets with 14 runs extra.

Chasing the target of 187 runs, Nazmul Hossain Shanto gave away his wicket on the first ball. Then Anamul Haque Bijay departed after scoring 14 runs. After losing 2 wickets for 26 runs, Captain Liton Das and senior cricketer Shakib Al Hasan held on well to save the Bangladesh team’s disaster. They also made a pair of 48 runs; but while playing well, Captain Liton Das was suddenly given a wicket. He scored 41 runs off 63 balls.

After that, Shakib and Mushfiqur paired together. But the pair could not last for long, Shakib was dismissed for 29 off 38 balls. Mushfiqur Rahim was bowled out after playing 45 balls for 18 runs. Before that, Mahmudullah Riyad was out. He scored 14 runs off 35 balls.

The 7th wicket also falls within 134 runs. Afif Hossain got out with 6 runs off 12 balls. Ebadot Hossain and Hasan Mahmud were out for 136 runs. Miraz and Mustafiz wrote fairy tales after that. Miraz’s innings of 38 runs off 39 balls were more valuable than a century. Because he and Mostafizur Rahman helped to win the match at the end. On the other hand, Mustafizur Rahman was unbeaten on 10 runs. In the end, they won by 1 wicket. 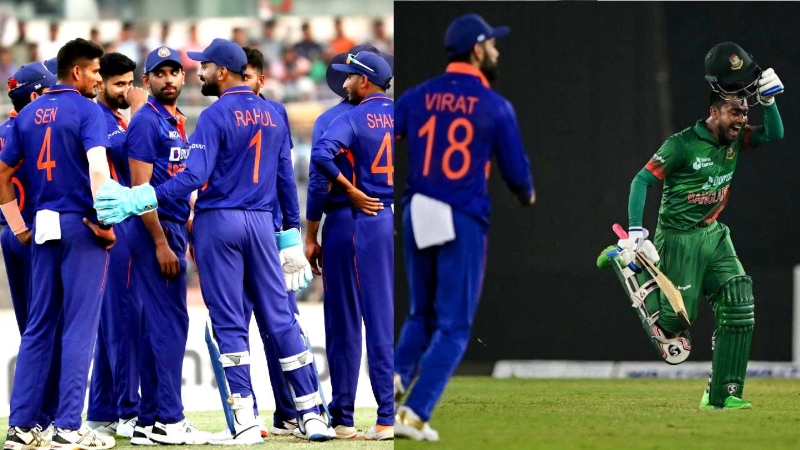 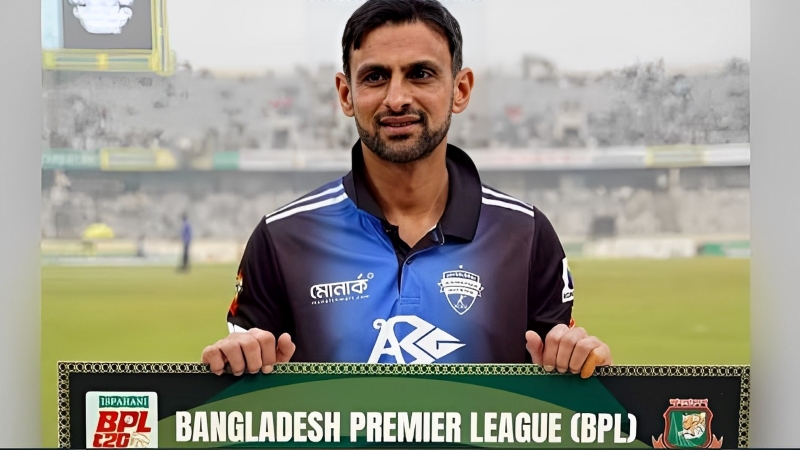 As BPL, Big Bash, and UAE leagues are happening around the same time, there is... 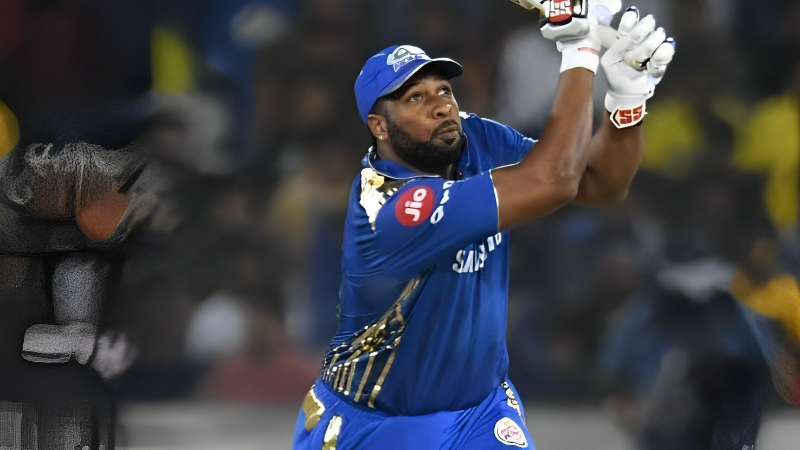 Pollard in devastating form in ILT

The International T20 League (ILT) is underway in the United Arab Emirates.... 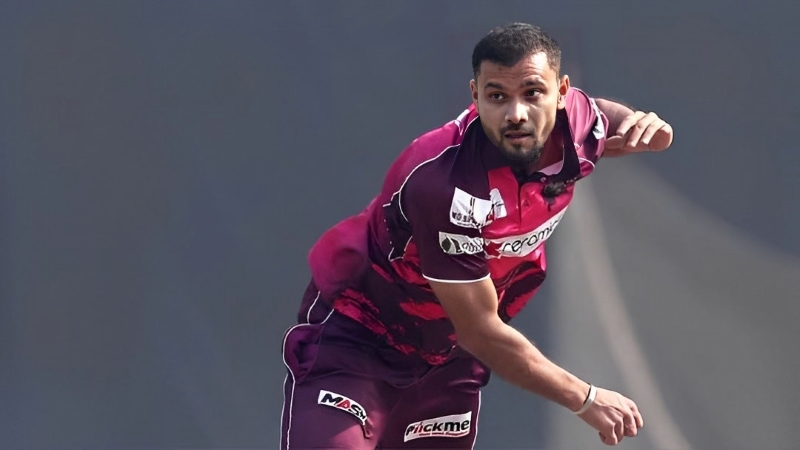 What do the selectors think about Mashrafe? 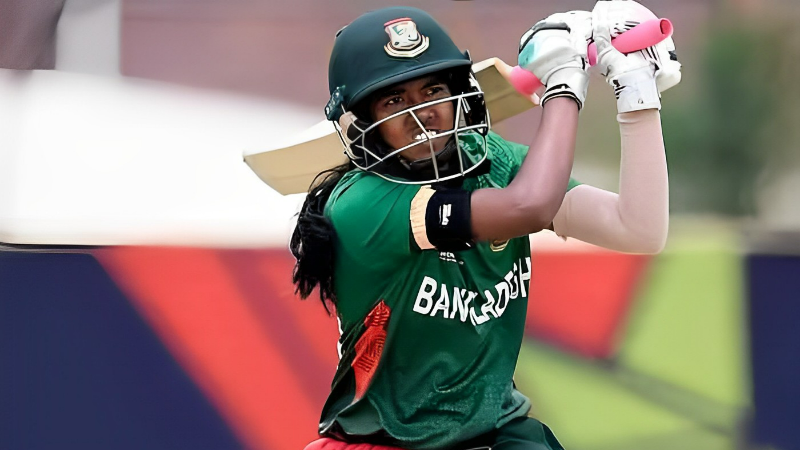 Bangladesh’s Swarna in the best XI of the World Cup

The ICC U-19 T20 World Cup has been held with women for the first time. India...