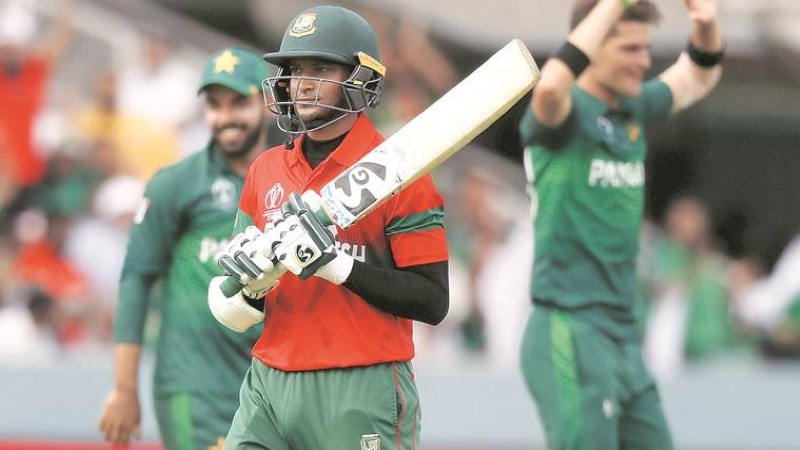 Before the Asia Cup, bad news for team Bangladesh are coming one after another. It seems that injuries are not leaving Bangladesh behind. Liton Das, Sohan got injured during the last trip to Zimbabwe. Liton was also knocked out of the Asia Cup due to that injury. The question whether Sohan will be able to play the Asia Cup in the end is also coming around. Pacer Hasan Mahmud has also been dropped from the team after getting injured in practice.

Another big blow to the team. Team Bangladesh’s biggest star cricketer Shakib Al Hasan was hit on the head by a ball. The Tigers were practicing at the Sher Bangla Stadium in Mirpur on Sunday ahead of the Asia Cup. Also played preparation matches being divided into red and green teams.

The red team was captained by Shakib Al Hasan and the green team was captained by Afif Hossain Dhrubo. Captain Shakib Al Hasan was hit on the head by the ball in this match. Shakib left the field after scoring 17 runs. However, the all-rounder survived the journey as the injury was not serious. A little later he is seen with the bat. Shakib scored a half century by batting twice.

A few days ago, Mahmudullah Riyad was removed from the leadership of T20 and Shakib was given captaincy by Bangladesh Cricket Board in this format. BCB President Nazmul Hasan Papon is hopeful that Shakib will forget the T20 failures of the past and play well in the Asia Cup.

Bangladesh has already changed the coaching staff to get success in T20. The board also appointed India’s Sriram as a consultant after giving Domingo break from T20 duties.