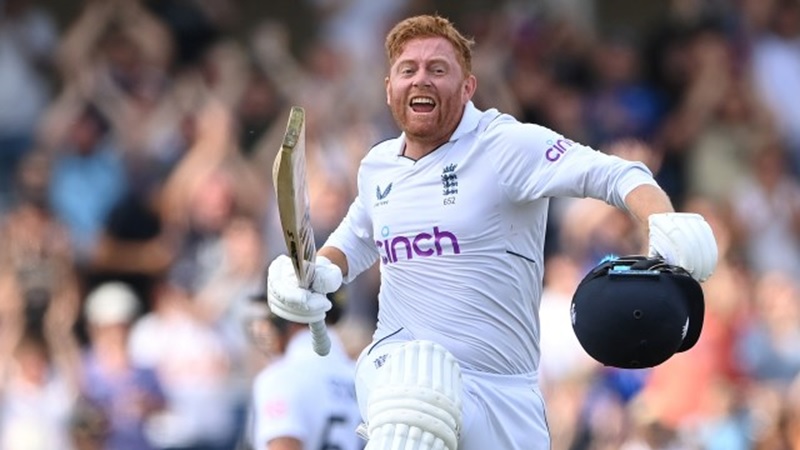 England wicketkeeper-batsman Jonny Bairstow is having the best time of his Test career. He is spending his days like a dream, going to the wicket, getting runs and picking up one century after another. Bairstow has scored six centuries so far this year. Vaughn, Dennis Compton, jointly with Joe Root, holds the record for most centuries in a calendar year for England. Now, despite having a joint name, the wicketkeeper-batsman is getting a lot of time to set his own record.

Von, who scored 6 centuries in 2002, understands how Bairstow feels in that situation very well. The former England captain highlighted that in his column in The Telegraph on Thursday. Vaughn writes, “Jonny Bairstow is in the rhythm now; the batsmen go through that time in their career only once, twice. When they feel almost invincible. “

Vaughan further writes: “I had that experience in the 2002-03 season when everything was clear to me and the runs came very easily. I scored many runs against India that summer and kept that form in the Ashes. But Jonny is in that rhythm at the moment, and I’m not sure whether my form was as good as he. “

Former England Test captain Joe Root has scored two centuries in the recent Test series against New Zealand, similar to Bairstow. He also got a century against India. But at the end of the day, Root’s innings faded to the destructive innings of Bairstow.

According to Vaughan, it is clear that Bairstow is making an impact here. “It’s easy to see how well Jonny has played, there’s someone on the other end, Joe Root, who has scored many runs, but his name has rarely come up. He is surpassing the best batsman in England I have ever met, ” he said.