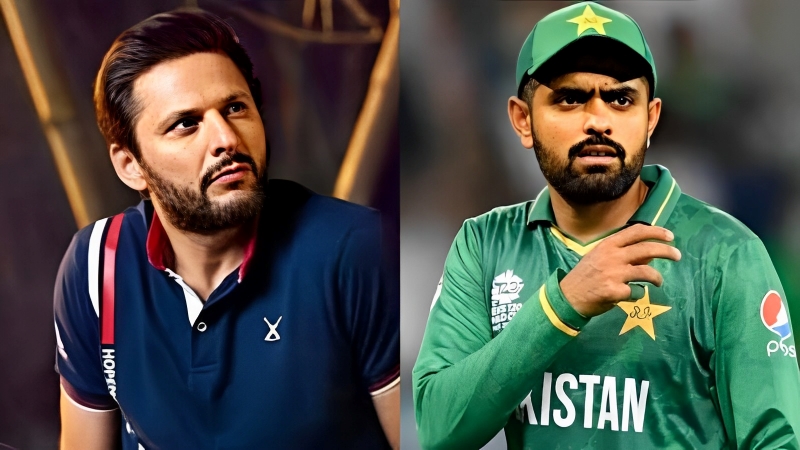 After a long and a half-century, the New Zealand cricket team went to play on the soil of Pakistan. That too by burning a lot of wood. The Kiwis went back to the country before the game due to security reasons. The bilateral series started in the field this time. Two tests at the beginning. After that, the two teams will play three ODI matches. Meanwhile, before the start of the ODI series, the criticism of Shahid Afridi and Babar Azam started in Pakistan cricket.

Afridi is currently the interim chief selector of the Pakistan cricket team. So, after the Test against New Zealand, he is supposed to announce the ODI Cities team as well. But until now selector Afridi has not discussed with captain Babar Azam and coach Saqlain Mushtaq about the team announcement. But according to the rules, before announcing the team, the selector has a meeting with the captain and the coach. Since then discussion and criticism are going on in Pakistan cricket. The question is whether Afridi has a distance from Babar.

When Babar was asked about the ODI team during the Test, he said that he will talk about it later. Babar then told reporters, “Currently the Test series is going on. Our full focus is on the Tests. To talk about the squad for the ODI series, this is not the right time. When the ODI series starts, you will know everything about what is happening and who is in the squad. For now, it is about the Tests.” We want to think. That’s where everyone’s focus is.”

Meanwhile, Babar also answered the question of whether the recent reshuffle of the board is affecting the team or the captain. The Pakistani captain said, “We are professional cricketers. We as players are trying to adapt to any situation. We are aware that changes in the board should not affect the team. Our job is to perform on the field. Focusing on what is happening outside will lead to poor performance. Our full focus is now on the New Zealand series. We are not thinking about off-field matters.”

It should be noted that Pakistan is reeling after losing the series to England at home a few days ago. Board President Ramiz Raja has been dismissed. Najam Shetty is reshaping the entire administration after taking over in his place. As part of that, the new president is cancelling all the old committees. Already, almost many positions have been given to the new ones, excluding the old ones.