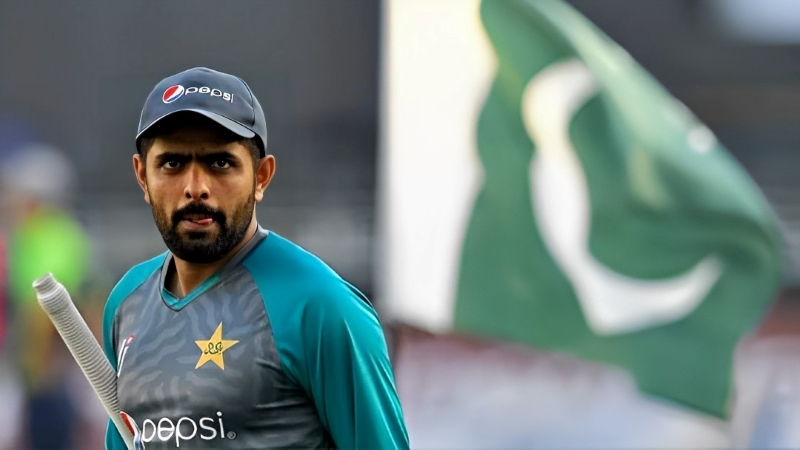 Babar Azam has many big achievements in cricket. He has been playing great cricket since the beginning of his career. Babar came to discuss very soon with his excellent performance in international cricket. He got the captaincy of Pakistan in all three formats of cricket. This Pakistan captain has set many precedents by playing continuous cricket but this time he has developed a record of shame.

Babar recently set a rare precedent by being stumped in three consecutive ODI matches against New Zealand. The in-form Pakistan captain was stumped for the first time in the entire series. And as a batsman in ODI, he was stumped out in all the matches of the series and sat next to Wasim Akram and Nasser Hussain. Babar set this bad precedent in Pakistan’s recently concluded ODI series against New Zealand. He was stumped in each of the three-match ODI series against the Kiwis.

Babar got out badly in their third and last ODI against New Zealand. Michael Bracewell’s ball fell outside the off stump and Babar played defensively. But he got so far out of the crease that Tom Latham hit the ball very quickly on the stumps. He was dismissed in the same way in the first two matches of the ODI series against New Zealand. He was also stumped by Glenn Phillips in the first match and Is Sodhi’s leg spin in the second match.

Then in 2004, Stuart Matsikeneri of Zimbabwe was stumped by Muralitharan’s ball three times in the five-match series against Sri Lanka. But Babar Azam is the only batsman who has surpassed the above in all aspects. He was dismissed three times by different bowlers in the three-match series.

Recently, Babar Azam has been criticised by fans for not winning the series at home. Babar Azam is responsible for Pakistan’s performance. So questions are also raised about his captaincy. It is already known from the news sources that Babar Azam is going to be ruled out from Test captaincy. Pakistan Cricket Board chairman Najam Shetty wants Shan Masood as Test captain instead.