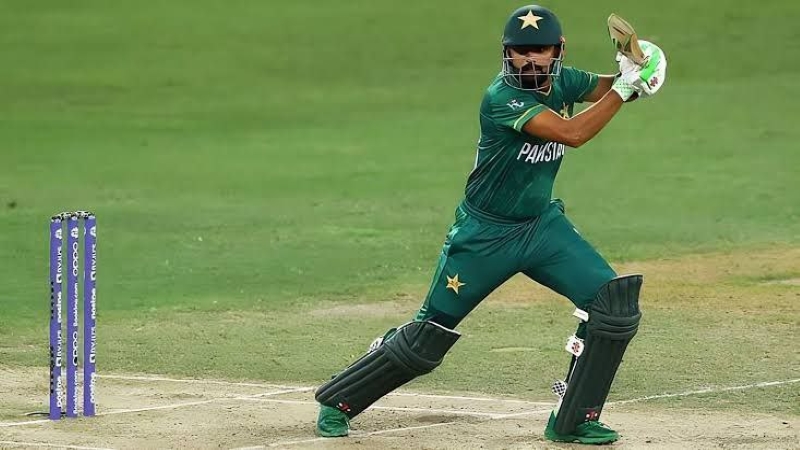 Pakistan captain Babar Azam was not in the right rhythm with the bat in the Asia Cup. The dream of becoming the Asia Cup champion for the third time after losing the final at that hand was broken. However, this time he is in the headlines for the incident outside the field.

The star cricketer of Pakistan met with a spectacular cover drive in twenty-two yards of the field. This time, that shot of Babar got a place in Pakistan’s textbook. Basically, the education department of the country took the example of Babar’s cover drive to teach science students the kinetic energy.

The photo of the page of the book mentioning Babar’s shot was revealed in a tweet by a Pakistani journalist. Example 6.2 of the country’s provincial textbook says,

“Babar Azam has hit a cover drive by giving kinetic energy of 150j to the ball by his bat. (a) At what speed will the ball go to the boundary if the mass of the ball is 120 g? (b) How much kinetic energy a footballer must impart to a football of mass 450 g to make it move at this speed?”

The matter went viral as soon as it came to light. This shot of Babar is often discussed. One of the topics of discussion among the netizens is who’s cover drive is better between Babar and Virat Kohli?

However, the Pakistan captain did not open up about Babar’s shot in the pages of the book. He is sweating in the nets to overcome the batting failure of the Asia Cup. Babar wants to return again in the upcoming World Cup.