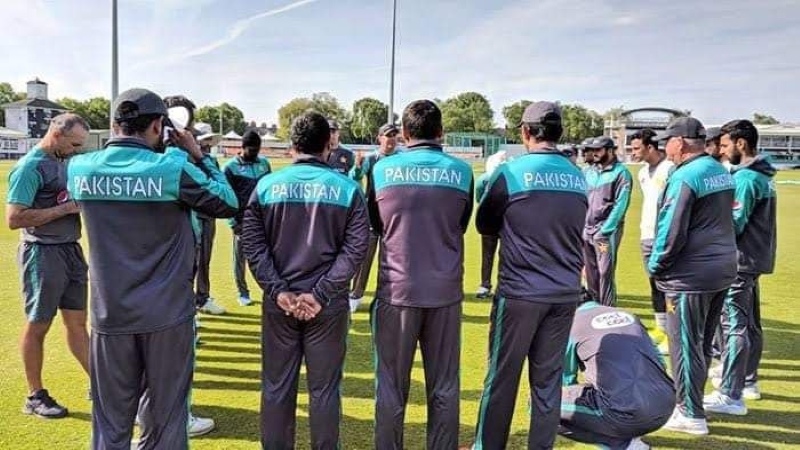 At present, Sri Lanka is completely devastated by economic and political tensions. Protesters have already taken over the residence of President Gotabaya Rajapaksa. Gotabaya has announced his resignation. Sri Lanka played a smooth Gaul Test against Australia even during the protests in Colombo.

After Aussies, Pakistan went to Sri Lanka to play a two-match Test series. Babar Azams were held captive at a hotel in Colombo on Saturday due to protests. However, they came out the next day and also practiced at Premadasa Stadium.

Meanwhile, the Muslims of Sri Lanka have celebrated Eid-ul-Azha during the tumultuous protests and difficult times. Since the Pakistani cricketers are currently in Sri Lanka, they have performed Eid prayers there. The Sri Lanka Cricket Board (SLC) also wished the Babars a happy Eid.

Posting a video of Babar’s hug on Facebook, SLC wrote, ‘Eid Mubarak to everyone around the world.’ The Pakistan cricket team performed Eid prayers at the Team Hotel in Colombo before going to practice at the Premadasa Stadium. Meanwhile, after the Eid prayers, the Babras practiced on the day of Eid.