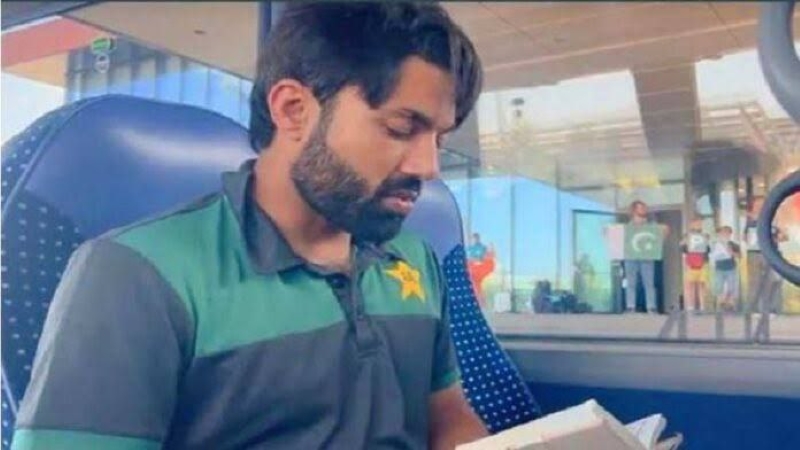 Rizwan is now the most reliable name in the opening with Pakistan captain Babar Azam. He is taking himself to another height every day by performing consistently.

Pakistan’s success in this year’s Asia Cup also depends a lot on this batter. However, not for cricketing reasons, but before taking the field against India on August 28, Rizwan is in the news headlines.

The video captures various moments inside the flight during the Pakistan team’s journey to the UAE for the Asia Cup. The Pakistan Cricket Board (PCB) released a video on social media to show viewers what the cricketers are doing on the journey.

In the video, it can be seen that many of the cricketers are busy with their mobile phones while sitting in the bus. Some may be browsing Facebook, Twitter, Instagram, while others are enjoying the view outside from the window. But in the hands of Rizwan, the holy book Al-Qur’an can be seen. This Pakistani opener is engrossed in reciting the Quran.

The video of Rizwan reciting the Quran went viral instantly. Netizens are praising this batting pillar of Pakistan. He has played 56 T20s for the country so far with an average of 1662 runs. Fans expect that Rizwan will spread light with the bat in the Asia Cup this time.