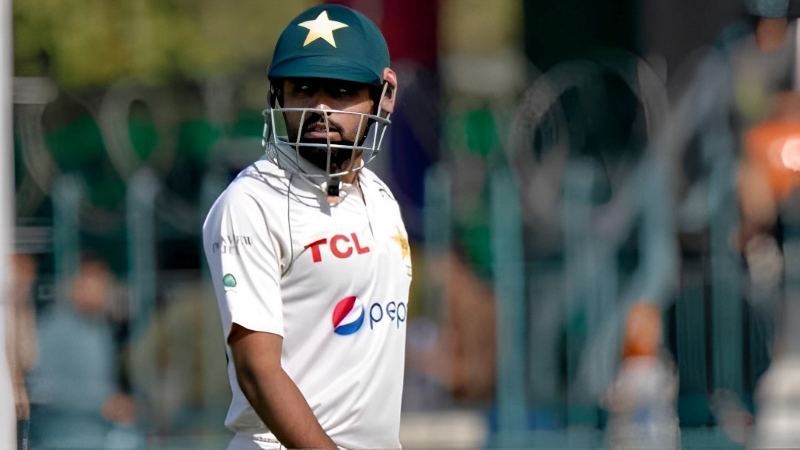 The captaincy of Babar Azam has been questioned for several days. Babar Azam led Pakistan in all three formats of cricket. Under his leadership, Pakistan did well in the beginning, but the results of the current team are very poor. Pakistan couldn’t win even at home ground. Which makes questionable his chances of being captain. Babar Azam is going to lose the captaincy of the Pakistan Test team due to the poor performance of the team, according to Pakistani media.

It was recently reported that Pakistan cricket will have separate captains in three formats. The Pakistan Cricket Board is moving ahead with a plan to reduce the power of Babar Azam without completely removing him from his duties. In Pakistan cricket, there have been glimpses that the responsibility of the team may be shared. Pakistan news sources are also saying the same. According to sources, Babar Azam is losing captaincy in one format of cricket, and that is Tests.

Pakistan did not win a single Test last year. They lost the Test series at home against England. After that, there was no win against New Zealand and Australia. So, Pakistan Cricket Board Chairman Najam Shetty is asking for changes in the Test team. Instead of Babar Azam, he wants Shan Masood to lead the Test. This Pakistani middle order batsman is now vice-captain of Pakistan.

Citing the examples of Australia, England, Aqib Javed added, “Pakistan cricket is going through a bad time. The team is actually going through a transition. We should learn from other teams. Look at England, they have completely turned around after 2015. Pakistan has a lot to learn from them. There is something to learn.”

He also thinks that the country’s cricket should go ahead with a specific plan during the bad times. Aqib Javed also said, “We need to think about the country’s cricket. We need to move forward with a specific plan. Sometimes we want to be Australia, sometimes we want to play like England. But the reality is that we are going backwards. England lost in 2015. Then proceeded with a plan. Doing pretty well now. They have brought innovation to their game. We also need to set plan to go ahead. They have to organize their work and responsibilities. Then you have to decide. Only then golden time will return to cricket in the country.”