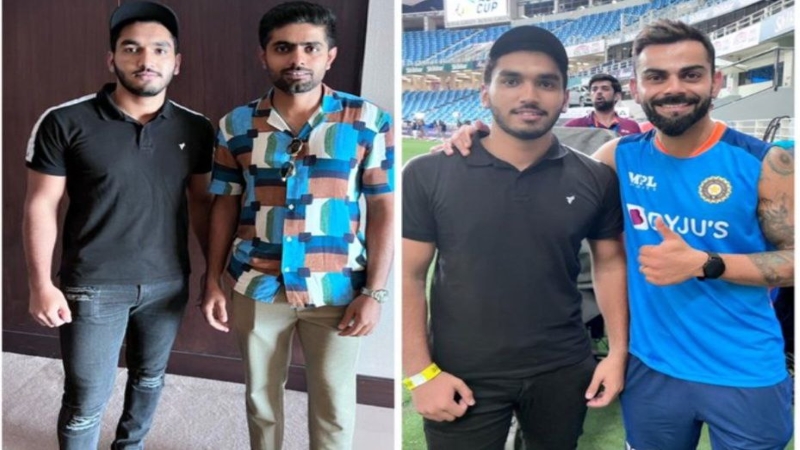 Recently, the son of Pakistan’s former legendary batsman Mohammad Yusuf took a picture with India’s star cricketer Virat Kohli and Pakistan’s Babar Azam. Yusuf shared that picture on his Twitter and wrote, ‘My son with the two best stars of modern cricket.’

And that’s created the problem. Although Kohli’s case is suitable, supporters are reluctant to consider Babar as ‘great’. The reason is also clear, the Pakistani captain has fallen behind in performance compared to the Indian star. Real proof of which has been found in the Asia Cup. One succeeds, the other fails.

Pakistan played the final under the leadership of Babar in the tournament. But in the end, they could not bring home the title. As many questions about his leadership, Babar was also dimmed in personal performance. He scored a total of 63 runs with the bat in the entire tournament. There is also criticism of the slow opening pair with Mohammad Rizwan.

On the other hand, Kohli became the second-highest run scorer in the tournament. The only century of the tournament also came from the bat of the former Indian captain. So, in Yusuf’s tweet, netizens are reluctant to compare the two. Many people think that the time has not yet come to compare Babar with Kohli. They also criticized Babar in the comment room.

Meanwhile, whatever the cricket lovers say, Kohli-Babar’s relationship can be said to be quite good personally. Babar does not even want to think of himself as Kohli’s rival. Rather than standing by the Indian batsman during his extreme off-form, he also prayed for his return to form. Kohli is always full of praise for Babar.