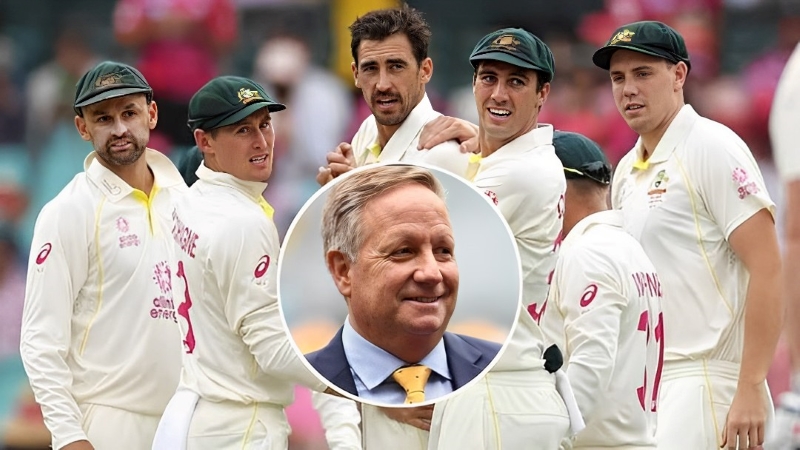 The Border-Gavaskar series is going to start on February 9. This four-match Test series will be held in India. The last team to win this series is India. As such, Australia will step into India to recover the title. And the legendary Australian cricketer Ian Healy thinks that Aussi may suffer in this tour. He fears that this may put Australia in danger of not holding any warm-up matches. Ian Healy said this in a recent interview.

When playing from one country to another, the condition becomes a problem. The players have to perform by adapting to the new place, and new wicket. In that case, Aussie is coming from one continent to another continent. From the far Tasman coast to Asia. Naturally, there is no substitute for warm-up matches, to warm ourselves up before entering the main event. But the Aussie team does not get that. Healy thinks this could affect the 22-yard battle down the field.

As there are no warm-up matches in the tour of India, Healy expressed some apprehension. According to the former Aussie legend, the visitors should at least get a chance to shake up the bench cricketers. Healy said, “I am a bit worried about it (not having warm-up matches). Aussies must play warm-up matches as a tourer. It is necessary to play a match against a local club in India. Otherwise, they may have trouble adjusting. And the effect can be seen. In the actual fight of the match.”

But Healy also gave a message of relief. According to him, a batsman like Usman Khawaja will do well on Indian soil. In that case, even if there is no preparation match for them, it will not have much impact, he thinks. The former Aussie wicketkeeper added, “Khawaja is a natural batsman. He can play spin well. So he will do well in India. Others like him can do well.”

However, Khawaja said the same thing as Healy. Recently, the Aussie batsman said that not having a warm-up match will not have any effect. At the same time, he said, there is a big difference between the wickets of the warm-up match and the main match. That’s why Khawaja doesn’t see its importance. Meanwhile, Australia will play this series at a total of four venues. The matches will be held in Nagpur, Delhi, Dharamshala and Ahmedabad in India.