T20 series in Australia just before the World Cup. Great chance for West Indies to shine. Australia and West Indies face each other in Wednesday’s first T20I of the two-match series. Batting first, West Indies made a score close to 150. In pursuit of that goal, they performed poorly at first, but in the end, they won the match with the great batting of Aaron Finch and Matthew Wade. They also won the match and took a step forward. On the other hand, Aaron Finch won the player of the match title by batting brilliantly for Australia.

Australia captain Aaron Finch won the toss and elected to field at Carrara Oval and sent off the Caribbean to bat. Nicholas Pooran’s team could not score more than 145 runs after losing 9 wickets in the allotted 20 overs. In reply, the hosts lost 5 wickets in just 10 overs but in the end, Finch’s fifty helped the team to win by 3 wickets.

West Indies made 145 runs, mainly thanks to Odean Smith’s stormy batting. He scored 27 runs off 17 balls with three fours and one six in his short cameo innings. Besides, Kyle Myers scored 39 runs from 36 balls. He also hit 1 six and 5 fours. Brandon King scored 12 runs from 9 balls with the help of 1 four and 1 six.

Chasing a tiny target, the Aussies started stormy batting but lost 3 wickets in the power play. Their collection in the first 6 overs stood at 56 runs for 3 wickets. David Warner (14), Cameron Green (14), and Mitchell Marsh (3) returned to the dressing room.

After that, Glenn Maxwell and Tim David could not open the book of runs. As a result, Australia fell into danger after losing 5 wickets for only 58 runs in 8 overs. However, Finch and Wade took the team to the verge of victory with a partnership of 69 runs in the sixth wicket.

Australia was on the way to victory with the pair of Captain Aaron Finch and wicketkeeper Matthew Wade. Only 19 runs were required in the last three overs with 5 wickets in hand. But the two pacers of West Indies, Alzarri Joseph, and Odean Smith, got only 4 runs in the next two overs, with the loss of two wickets.

As a result, Australia lost seven wickets and 11 runs were needed in the last over. The responsibility for preventing these falls was on the shoulders of Sheldon Cottrell. Cottrell might have succeeded in that mission. But the anointed Raymon Reifer gave up the catch and the match.

Wade, who hit a boundary on the first ball of the over, was caught by Reifer on the second ball. But Reifer didn’t make it a catch. On the contrary, Australia got two runs. The Aussies won the match with one ball in hand.

Finch scored 58 runs off 53 balls before being dismissed in the 18th over of the innings. But Wade keeps the other end. 39 runs from 29 balls from his bat. The result of the match could have been different if Reifer had not dropped the catch in the last over. Alzarri Joseph and Sheldon Cottrell took 2 wickets each for West Indies.

Player of the match – Aaron Finch 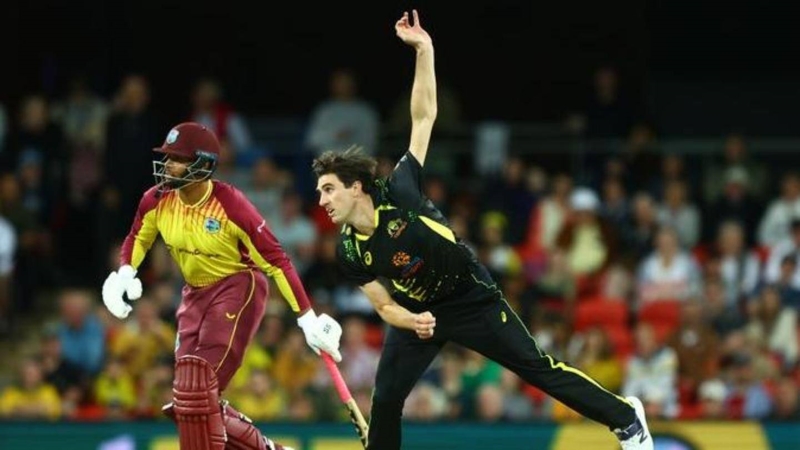