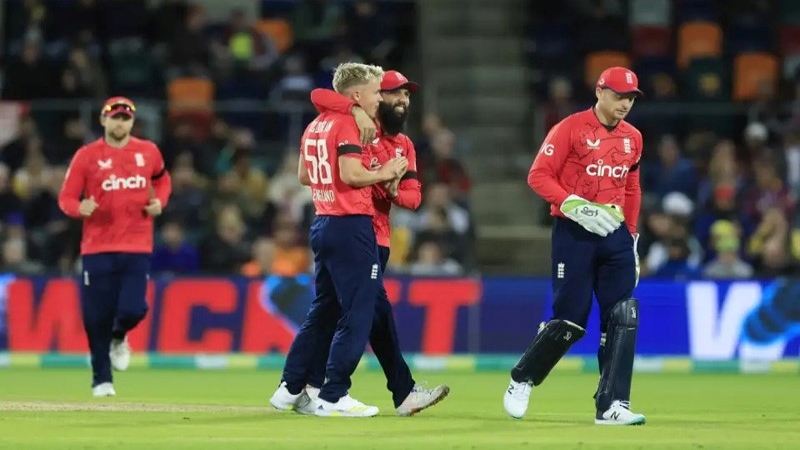 Australia and England are preparing themselves for the last time before the ICC T20 World Cup. The Aussies are hosting the English at home. But England has won the three-match T20I series with one match in hand.

After scoring 208 runs in the first match and winning the match by just 8 runs, England won the second match by 8 runs again despite scoring 178 runs. Australia stopped at 170 runs. Aaron Finch’s team lost the series getting defeated by 8 runs in both matches. The reigning champions might be disappointed before starting their World Cup campaign.

Chasing a challenging target of 179 runs, Australia lost 2 wickets for 22 runs. In this, David Warner scored only 4 runs despite playing 11 balls. He played brilliant innings of 73 runs off 44 balls in the previous match. Finch scored 13 runs off 13 balls. Mitchell Marsh batted well after coming at one down. His innings ended with 45 runs playing 29 balls.

Glenn Maxwell could not perform well again. This star scored only 8 runs off 11 balls. Marcus Stoinis played a cameo inning. He scored 22 runs off 13 balls. Australia was on the way to victory till 17 overs. 33 runs were needed from 18 balls. By that time, Tim David was the only obstacle to England’s victory. David was standing on the crease scoring 40 runs off 21 balls.

However, coming to the 18th over, Sam Curran bowled David with a great delivery in the second ball. Still, Australia was on the way to victory. However, Matthew Wade, who has been successful in the role of a finisher in the last few years, could not do the job properly in this match.

Australia needed 22 runs to win in the last over and 4 wickets were in hand. In T20 cricket, it might not be a very difficult equation, but not an easy one either. Pat Cummins accompanied Matthew Wade at the wicket. Australia was also looking at both of them. But Wade-Cummins could not take more than 13 runs from the last over by Curran.

Wade ended up unbeaten with 10 runs off 10 balls. Cummins scored 18 runs off 11 balls. Curran scalped the highest number of 3 wickets for the English with only 25 runs in four overs including 13 runs in the last over. Besides, Ben Stokes, David Willey, and Reece Topley picked up one wicket each.

Earlier, At Manuka Oval in Canberra England lost the toss and went to bat first, they collected 178 runs losing 7 wickets. However, Cummins-Stoinis-Adam Zampa got off to a good start for the Aussies by picking up four wickets for 54 runs. But the 5th wicket partnership of Dawid Malan and Moeen Ali led England to a challenging collection.

The left-handed batsman was also adjudged Player of the Match for his innings that pulled England out of disaster. Among the rest, Jos Buttler scored 17, and Curran scored 8 runs. Ben Stokes and Chris Jordan also scored 7 runs.

Marcus Stoinis took 3 wickets and Adam Zampa took 2 wickets for Australia. Besides, Pat Cummins and Mitchell Starc took one wicket each. The third and final match of the series between the two teams will be played at the same venue on Friday (October 14). 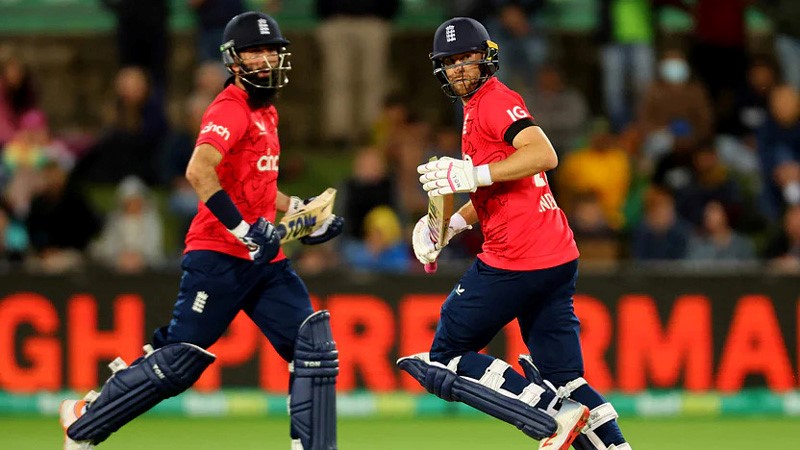