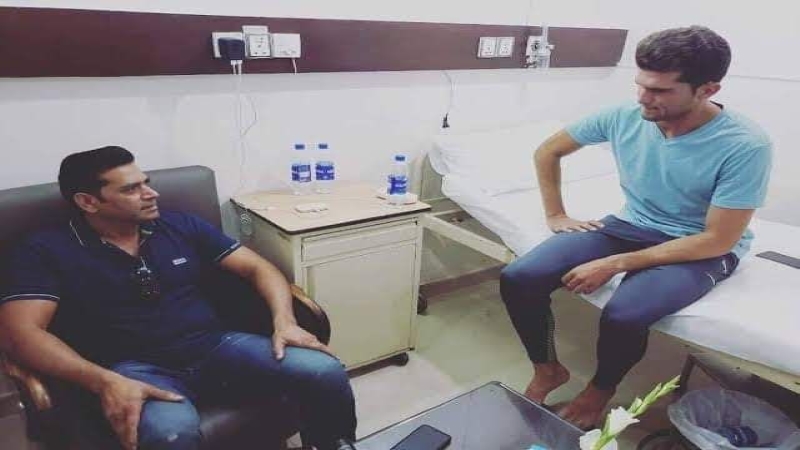 T20 World Cup is going to start next month. 16 countries will participate in this year’s event. Almost all the participating countries have already announced their teams. Pakistan has also announced the team with one of their main bowling weapons, Shaheen Shah Afridi. However, former Pakistan pacer Aqib Javed does not want Afridi in the World Cup team.

Shaheen Afridi is out of the field for a long time due to a knee injury. He could not play in the last Asia Cup. Shaheen is currently in London with the aim of returning to the team after recovering from injury.

He is undergoing rehabilitation there. Therefore, though he is unable to play the tri-nation series in New Zealand and the 7-match T20 series against England before the World Cup, he wants to return to the team being fully fit for the World Cup.

But former Pakistan pacer Aqib Javed advised this 22-year-old young pacer not to play in the World Cup. He gave this advice thinking about Shaheen’s career. He said, “A fast bowler like Shaheen Afridi is not born every day. My advice for Shaheen would be not to play in the upcoming T20 World Cup. Because Shaheen is much more important than this World Cup.”

Since Shaheen didn’t play in the Asia Cup, Pakistan missed him. Young pacer Naseem Shah, Hasnain gave good service to the team but not getting Shaheen was a big blow for the Pakistan camp. Babar Azam’s team lost to Sri Lanka by 23 runs in the final.