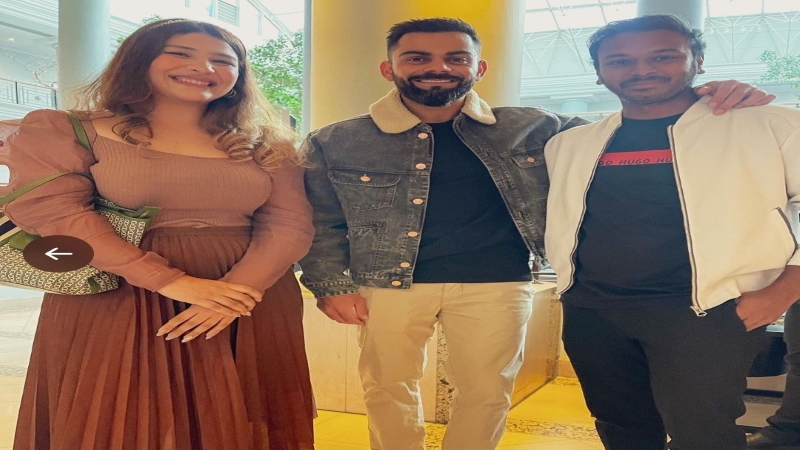 Virat Kohli is one of the best cricketers of the present time. The audience is also curious about him. Starting from the favorite food of the favorite player, the audience is looking forward to knowing various unknown information. But do you know Kohli’s nickname? Many are supposed to be unaware.

By which name Kohli is known to his close people? People close to him call him ‘Chiku’. However, one of his friends, Hyderabad cricketer Dwarka Ravi Teja said that Kohli has another nickname. Only he calls it. To Teja, Kohli is not ‘Chiku’, but ‘Chiru’.

Friend Teja also told the story of Kohli’s Chiru from Chiku. Kohli is currently in England with the Indian team. He met Teja there. Teja wrote on Twitter, we last met in IPL. Met again after 6 years. He said to me first of all, ‘Chiru, how are you?’

Teja also wrote on Twitter, ‘We used to live in the same room from the time we played in the Under-15 team. Whenever I had time, I used to listen to Chiranjeevi’s movie songs on television. He (Kohli) danced with that song. Since then, we named ‘Chiru’ each other. We call each other Chiru. Chiru, it was great to meet you after such a long time.

Teja also shared two pictures with friend Kohli on social media. It should be noted that Teja played for Hyderabad in the Ranji Trophy. He is currently playing first class cricket for Meghalaya. Besides, this cricketer has also played in IPL for Deccan Chargers.