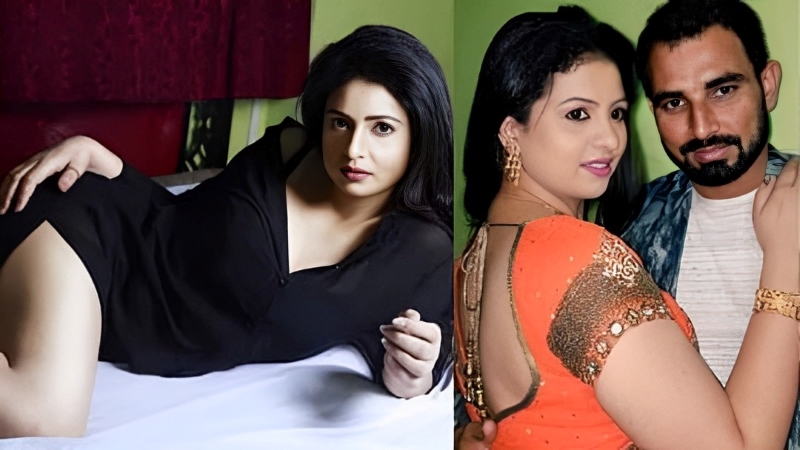 Indian pacer Mohammed Shami’s domestic violence case has been ruled by the court. Hasin Jahan, Shami’s wife, has been ordered to pay Rs 50,000 per month as financial support from the Alipore District and Sessions Court. But Shami’s wife Hasin is not happy with this verdict. Hasin Jahan’s lawyer said that he is going to face the case in the high court against this verdict. There has been an uproar in the cricket community over the issue. Hasin filed a case against Shami in 2018 on allegations of domestic violence. And this case was heard on January 18.

In the hearing of the case, it was said that Mohammad Shami should pay 50 thousand rupees to Hasin by the 10th of every month. In the hearing of the case, it was also said that during this case in 2018, the court had ordered that Shami should pay 80,000 takas per month for the couple’s daughter. As such, the Indian cricketer will have to pay all the dues. The judge said in his verdict, “This order will be effective from the time the case started in 2018.” Accordingly, the Indian pacer will have to pay 28,5000 rupees.

But Haasin is not happy to get so much money. His demand was that he has to pay financial expenses of Rs. 10 lacks every month. There Hasin is getting only 50 thousand rupees. Hasin’s lawyer Mridanga Mistry argued in the court that Shami has the power as he is paid Rs 10 lakh per month in terms of income. According to his argument, according to documents submitted to the Income Tax Department, Shami’s income for the financial year 2020-2021 was Rs 7 crore 19 lacks. According to his lawyer, it is possible for Shami to provide financial support of Rs 10 lakh per month to his wife with this income.

The court did not accept the demand for financial assistance of this amount. However, Shami’s lawyer Salim Rahman also argued in favour of not paying Tk 10 lakh. According to his logic, Haasin is a model by profession, an earning woman. So she doesn’t need financial support. But the cricketer’s wife refused to accept it. Her lawyer said that they will go to the high court against this verdict. Earlier, Hasin made several allegations against Shami including having relations with multiple women, physically and mentally abusing her, and meeting a Pakistani woman in Dubai.

Meanwhile, Sami is busy with cricket. He has not yet opened his mouth about the court’s verdict. India is the host country of the World Cup this year. Shami’s goal is to perform well and get a place in the World Cup team. He was dropped from the Indian team. However, after getting a chance in the last Twenty20 World Cup, he performed well and settled into the team again.