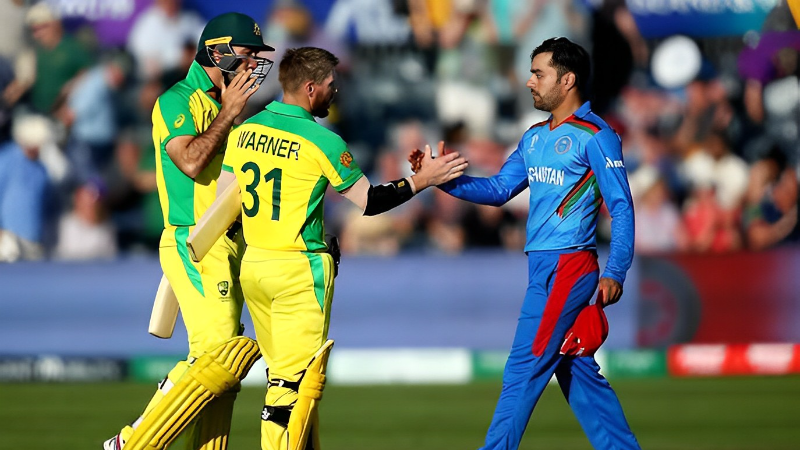 Australia has announced not to play cricket against Afghanistan’s boys as girls’ cricket was banned in Afghanistan during the Taliban regime. And then the war of words started between the two countries. Rashid has decided not to play in Australia’s Big Bash. However, Australia started to argue why won’t play against Afghanistan. Discussions and criticisms are going on in the cricket world. Many netizens are arguing for and against social media.

Nike also said, “We love to play cricket. We always want to play with Afghanistan. We want cricket to spread all over the world in tune with the times. But the Taliban government has damaged cricket by imposing a ban on women’s cricket. This is not a good message for world cricket. There was a need to protest. In the interest of cricket, we were forced to decide not to play against them. The Australian government is aware of this.”

Meanwhile, Rashid Khan has decided not to play in the Big Bash in protest of Australia’s decision. He wrote on Twitter, “We as a nation love cricket, it is Afghanistan’s only hope. Cricket should not be mixed with anything, and should be kept out of politics. I am disappointed to know that Australia will not play with us. If it is so uncomfortable for Australia to play against Afghanistan, then I will not cause any discomfort by playing in Big Bash. So I may not play in Big Bash League in future. Afghan pacer Naveen Ul Haq also decided not to play in Big Bash and wrote on Twitter, “It is difficult for us to accept such a decision of Australia so that I won’t play in Big Bash League in protest. Such decisions are not suitable for cricket, Australia’s behaviour is childish. They have not played a Test against Afghanistan before this. We have gone through a tough time, cricket is the only joy in the country. They are taking away that too. Unfortunate thing. “

Earlier, Australia decided not to play the one-day series against Afghanistan. Afghanistan has already got 30 points in this series Australia has withdrawn itself from the Afghanistan-Australia series. Because this one-day series is part of the ICC ODI league schedule. Meanwhile, Australia has mainly opposed the ban on women’s education and employment. After the Taliban government came to power last year, various laws and regulations have been introduced in Afghanistan. However, as Australia opposed it, Afghan cricketers also announced to boycott of the Big Bash one by one.